Are you looking for a strong hero for the early and mid-game? Hilda Mobile Legends can be the character you are looking for. She has her story and skills. She also has pros and cons. Do not forget to get the recommended builds to enhance her power. 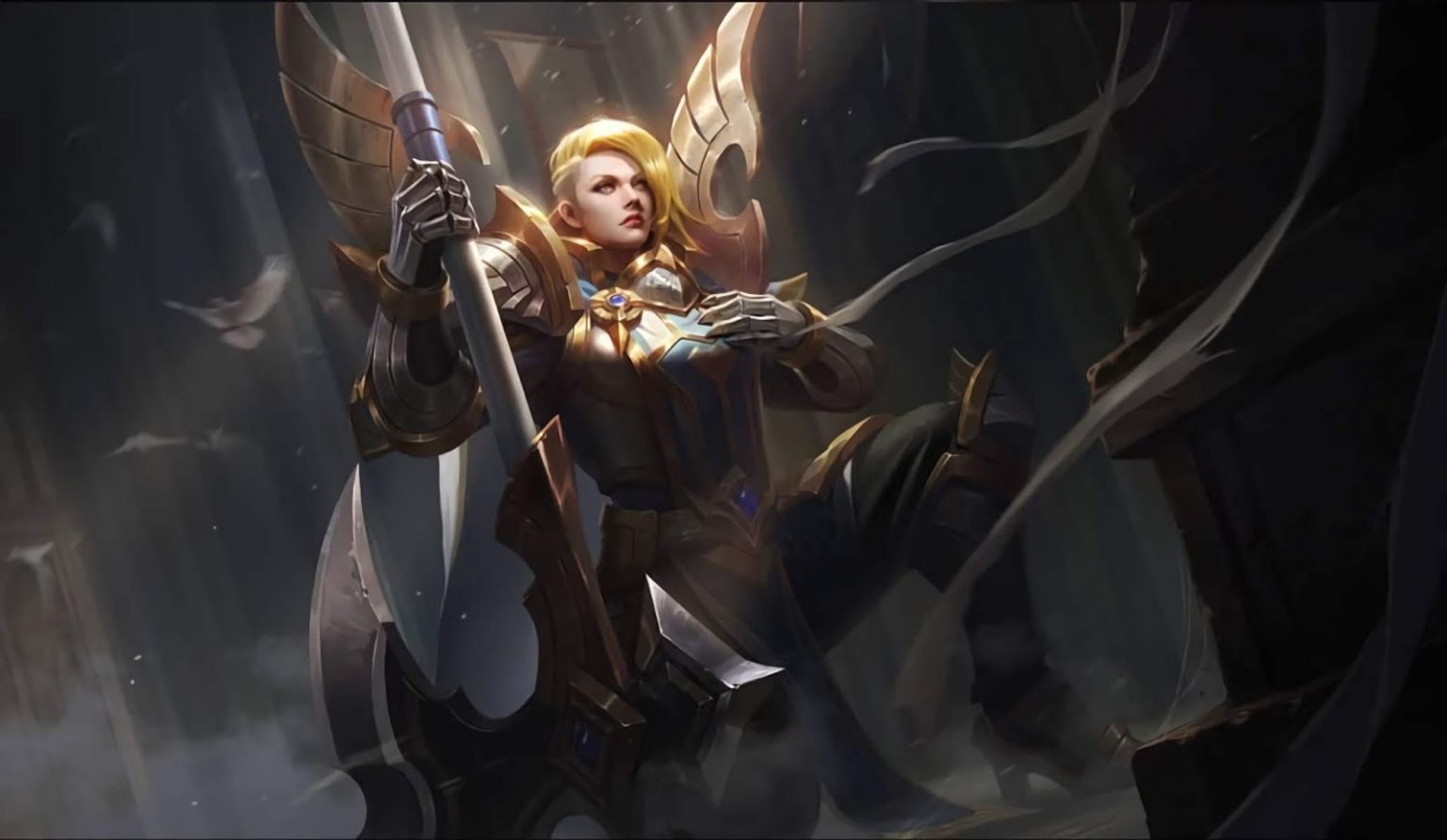 Hilda ML comes from the Megalith Wasteland. This land is very infertile with only giant rocks and sparse bushes everywhere. That is why people of her clan has to become a good hunter to get meat for food. Hilda was born with great power that makes her the hunting party leader.

Unfortunately, wild animals get frenzy because of unknown power. It makes them harder to hunt. The clan is attacked by crazy beasts. With the death of several people of the clan, the dark destruction is foreseen by the great priest. People depend on Hilda to head toward the Land of Dawn to find a new living place for her people.

Traveling around the world makes her become a mercenary. She has a lot of experiences that make her a reliable warrior for her teammates. 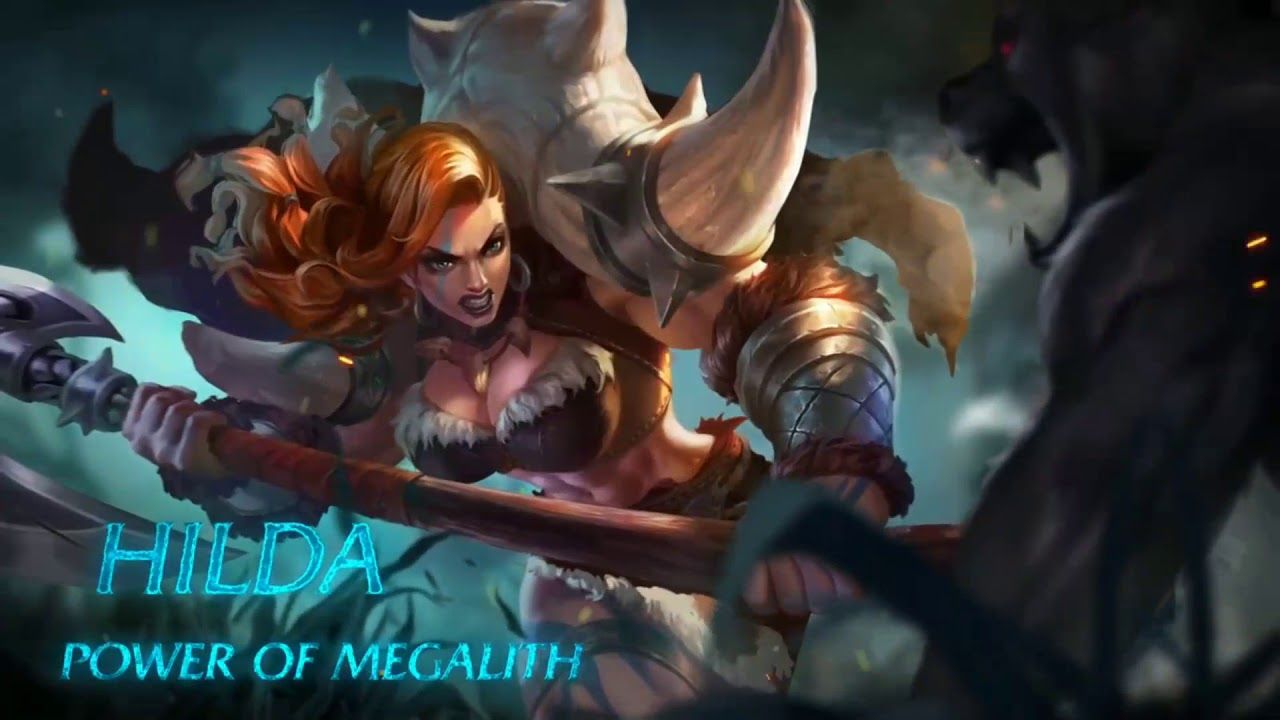 According to the story of Hilda MLBB, she becomes one of the most reliable warriors because of some reason. Her skills must be sophisticated enough to make her a trusted teammate. Let’s find out more about hero Hilda’s skills.

She has a passive skill called the blessing of wilderness. Anytime she enters the bush, her HP regeneration speed will increase. She also gets a shield that is active for five seconds. It is great to absorb the damage up to 10% of her maximum HP. However, this great effect can only be activated every ten seconds. Anytime her HP drops under 30%, she can get the benefits of enhanced HP regen effect. 30% of her maximum HP will get recovered within five seconds only. This effect cannot be activated anytime. It can only be triggered every 120 seconds.

Hilda also has the combat ritual as her Skill 1. Anytime the great sword runic power is activated, her movement speed will be increased up to 60% for three seconds. At the same time, her Basic Attack will also be enhanced to give higher physical damage and slow the enemy down.

As for her Skill 2, there is the art of hunting skill. Anytime she locks onto a target, the physical damage will be 120 points. However, the most time this skill can be activated is only three times. The second attack will cause damage to the surroundings of the target. Meanwhile, the third attack will knock back the enemy and surroundings for a short while.

Last but not least, Hilda also has the power of wilderness as Skill 3. When she jumps toward a target enemy and slashes, she can give 700 points of physical damage. The target will stun for a short while. 60% of the damage will also be experienced by nearby enemies. With every assist or kill, the power of wilderness will be enhanced. It means that the physical damage will be increased by 40. 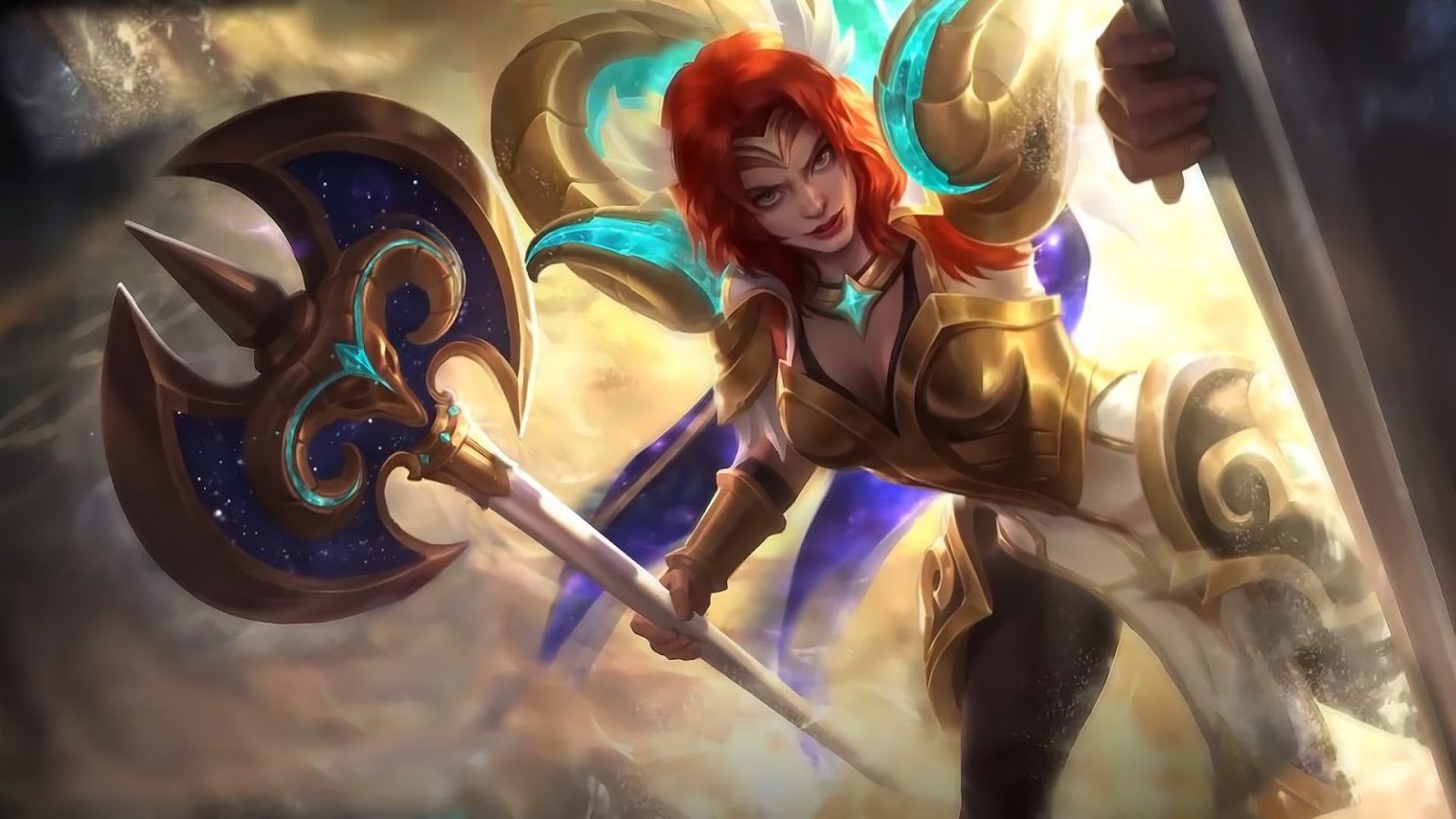 Why do you have to consider using Hilda Mobile Legends? These good points of the character will make you choose it for a battle.

First of all, Hilda can destroy the enemy squishier. This effect can be found with only one combo at early and mid-game. During the end game, this character is also relatively tanky. When you have to face counter heroes with channeling spells such as Pharsa and Odette, Hilda can give an ultimate stun and knock them back with Skill 2.

You will find Hilda gives the best performance in the lane. She can even be at the top when activating blows. She also has Skill 1 that is great for chasing and escaping. It can also be used for bullying the evasive heroes out of the lane. Last but not least, Hilda can give a hard snowball effect from a great early game.

When using this character with an expectation of her great performance, you also have to be prepared for her drawbacks. Her damage is great for early and mid-game. However, the effect will get reduced in the late game because of the capped Ult at ten charges.

Hilda might be strong but she is not a real tank hero. That is why she can be killed pretty easily in the late game. If it has to fight against heroes with hard CC, she will be very vulnerable. She cannot handle immobilization and stun skills very well.

That is why you will need the best build Hilda to make her much stronger.

Yes, you need to buy some items of Hilda build Mobile Legends to make this character more powerful. The very first item to buy is Raptor Machete. This jungle item will strengthen her Combat Ritual skill. Besides strengthening her basic attack, this item will also be great to make her farming faster. She can give 50% additional damage to jungle monsters to improve 30% of Exp earnings. With this item, Hilda’s output damage will be enhanced with Cooldown Reduction, Physical Penetration, and Physical Attack attributes.

Do not forget about shoes. Hilda can wear many options of shoes but Rapid Boots will be a suitable option for her since her movement speed can be improved to 80 points. This item will help her to chase the enemy by improving her combat ritual skill. If you want to improve defense, you can choose Tough Boots or Warrior Boots instead.

To maximize the damage, you will also need the Blade of Heptaseas. This item can improve maximum HP, Physical Penetration, and Physical Attack. It is also great to enhance her Basic Attack to 240 points with an additional 60% physical attack.

Her damage will get much stronger with the Blade of Despair since it can improve her physical attach to 160 points. It also gives a passive effect to improve the damage when fighting against an enemy with HP under 50%. You also want to use Malefic Roar for better damage to face Tank hero and Queen’s Wings to improve maximum HP and more Physical Attack for Hilda Mobile Legends.