Esmeralda ML “The Astrologer”, One of the Mage-Tank Heroes 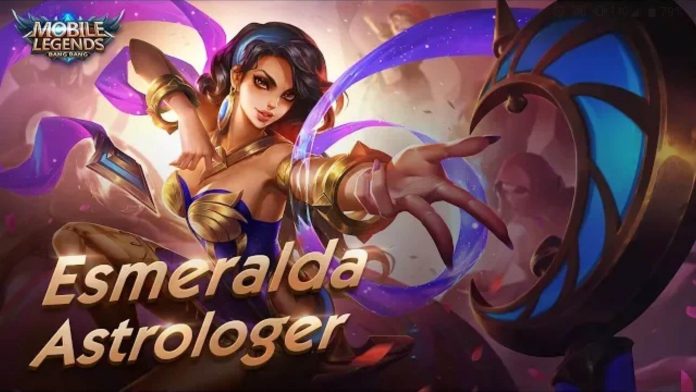 As one of the most overpowered heroes in Mobile Legends: Bang-Bang, Esmeralda ML is a Tank-Mage hero with highly powerful durability and damage. Since she has two roles, the first tip of how to play Esmeralda is using her as a tanker or damager in a team.

You can find more tips in the following article, along with some basic facts about this female mage-tank hero – The Astrologer. 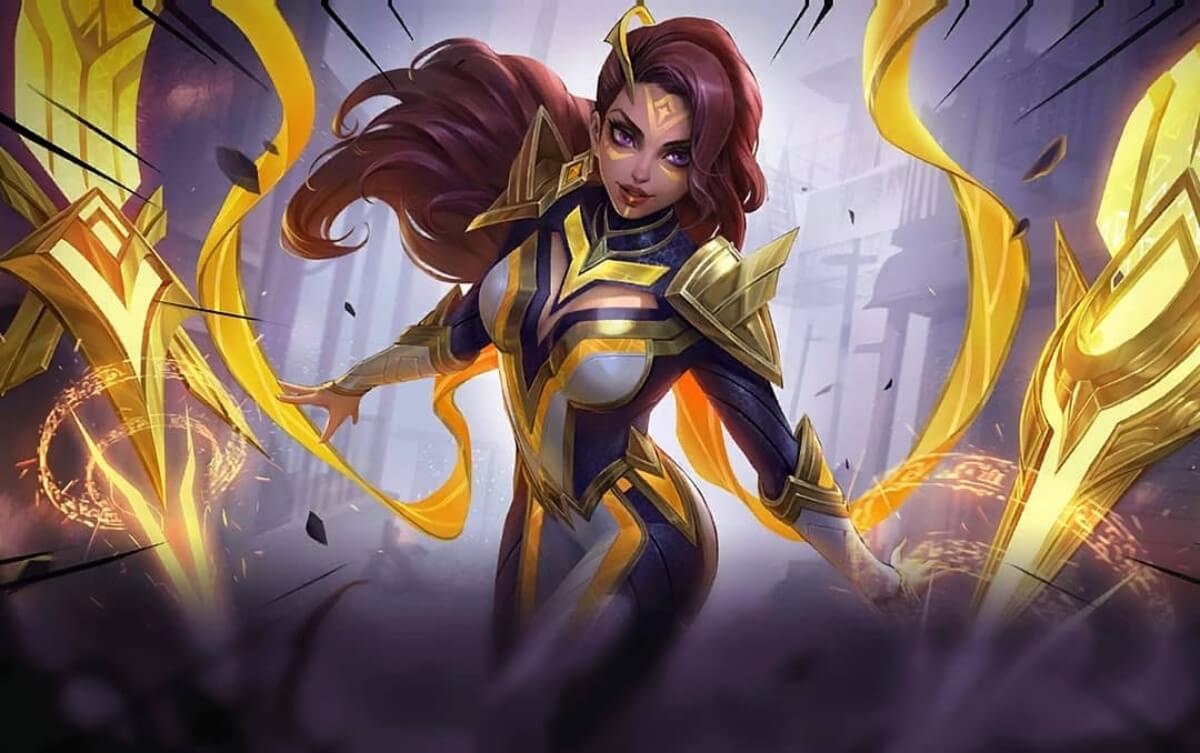 Astrologers continuously observe the astrospace, granting with the occult gifts to foresee and explain everything in the world. Passed down for generations, the elders chose a young girl named Esmeralda of the Western Dessert as the new successor in the Land of Dawn.

Released in 2019, Esmeralda ML is one of the Mage heroes who deals two types of damage (Physical and Magic) with her skills. She is also one of the only heroes in MLBB who has a Basic Attack naturally dealing Magic Damage.

The night sky tells all. It is Esmeralda ML’s entrance quote that implies her another nickname as the “Astrologer.”

Esmeralda is one of the mage-tank heroes known for possessing not only deadly damage but also shields. The best combo of Esmeralda MLBB build items will cause her unbeatable. Check out the following recommendations for Esmeralda builds.

Having a Unique Passive of Valor, Esmeralda’s physical defense increases by 5 – 25 points each time against receiving physical attacks from the opponents. This passive will last for three seconds.

Enchanted Talisman is a common magic build item for typical Mage heroes. This item increases +50 Magic Power, +250 Health Points (HP), and +20% CDR (Cooldown Reduction). Since most Mages highly depend on abilities rather than basic attacks, the CDR plays a significant role.

This item has a Unique Passive of Mana Spring, regenerating 15% of Max Mana for Esmeralda Mobile Legends for every ten seconds.

After three seconds using her skill, Esmeralda’s next Basic Attack will give an extra True Damage (120%) and Magic Power with CDR that lasts for 1.5 seconds. After that, Esmeralda will gain 10% Movement Speed for a split second.

Another a must-item for a Mage-Tank damage-type hero like Esmeralda Mobile Legends. Holy Crystal can give an extra +100 Magic Power for her. It has a Unique Passive of Mistero, increasing Magic Attack by 21 to 35 percent, depending on each hero level.

This build item is also impeccable for remote- and melee-type mage heroes.

Oracle also has a Unique Passive of Bless, increasing the Shield Absorption and blood (HP) by 30%. If Esmeralda receives damage, her HP will restore for four seconds. Esmeralda’s blood will increase every time she receives damages from her enemies.

Esmeralda ML needs another necessary defense build item along with Oracle, namely Brute Force Breastplate. You can use this item particularly for early and mid games. Besides, it gives the hero an extra +770 HP and +45 Physical Defense.

This item also provides a Unique Passive of Brute Force. When Esmeralda uses a Skill or a Basic Attack, the item will increase her Movement Speed by 3% and Physical and Magic Defense by 4. It will last for four seconds in the form of stacks five times. 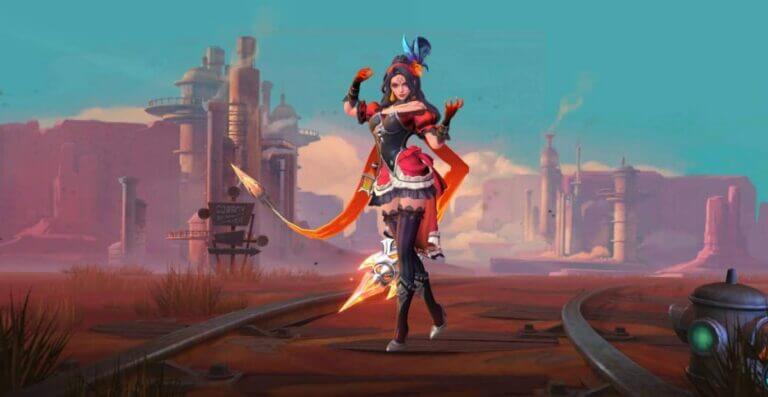 As mentioned at the beginning, you can use Esmeralda ML as a tanker or damager in a team. In addition to using the above build items, more tips on how to play Esmeralda are as follows.

For example, if you use Esmeralda as a damager, the best lane for her is in Exp Lane or offlaner. This lane will accelerate her levels.

What to do in the early games

Focus Esmeralda on continuously doing the tasks such as farming, cleaning the Minions, protecting her turret, killing the Creeps, destroying the enemy’s turret, and killing the Turtles.

What to do in the late games

You can use Esmeralda ML to help the team in wars, killing the Lord’s, destroying the enemy’s turret, or doing open map and open war.

You have to use her First Skill incessantly to obtain a shield and high-level durability.

In addition to the above tips, you can also look for some coolest skins for this one of the Mage-Tank Heroes, especially since Esmeralda ML has a Mixed Damage (Physical and Magic) specialty. UniPin offers the best digital content platform for your favorite online games. Top up your MLBB diamonds to get the latest hero’s skins or build items.

Facebook
Twitter
Pinterest
WhatsApp
Previous article10+ Strengths and Weaknesses of Kagura ML You Need to Know
Next articleJohnson ML the Tank Hero: His Uniqueness and the Best Combos