Here are the Best Advantages of Playing Lapu-Lapu Mobile Legends 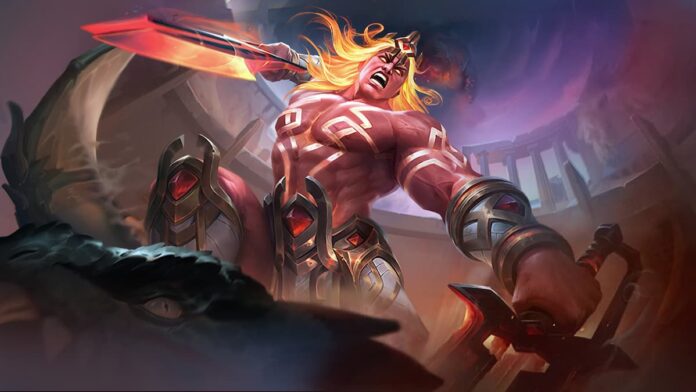 If you are a Mobile Legends fan, you are probably familiar with Lapu-Lapu Mobile Legends. This fighter hero might be one of the deadliest heroes that you can find in this game. On top of that, Lapu-Lapu is very unique because of his double role as a fighter and an assassin at the same time.

Lapu-Lapu is loved by so many players because of his many advantages. Once you have understood how to play him properly, you will be able to win any Mobile Legends game that you can think of. That is why you might want to learn how to play using Lapu-Lapu and why you should do it.

Lapu-Lapu Has a Very High Durability Thanks to his high durability, Lapu-Lapu becomes very hard to kill. What you might not know is why he has such high durability. First of all, you need to thank his passive skill, which is the Homeland Defender skill. This skill gives Lapu-Lapu a shield that can absorb as much as 250 points of damage for 2.5 seconds.

Another reason why Lapu-Lapu has high durability is that he has an impressive life steal effect. This hero can regenerate his Health Points very quickly as he inflicts damage to his enemies. With his skills, you do not have to be afraid of going crazy with Lapu-Lapu because he will not die anyway. 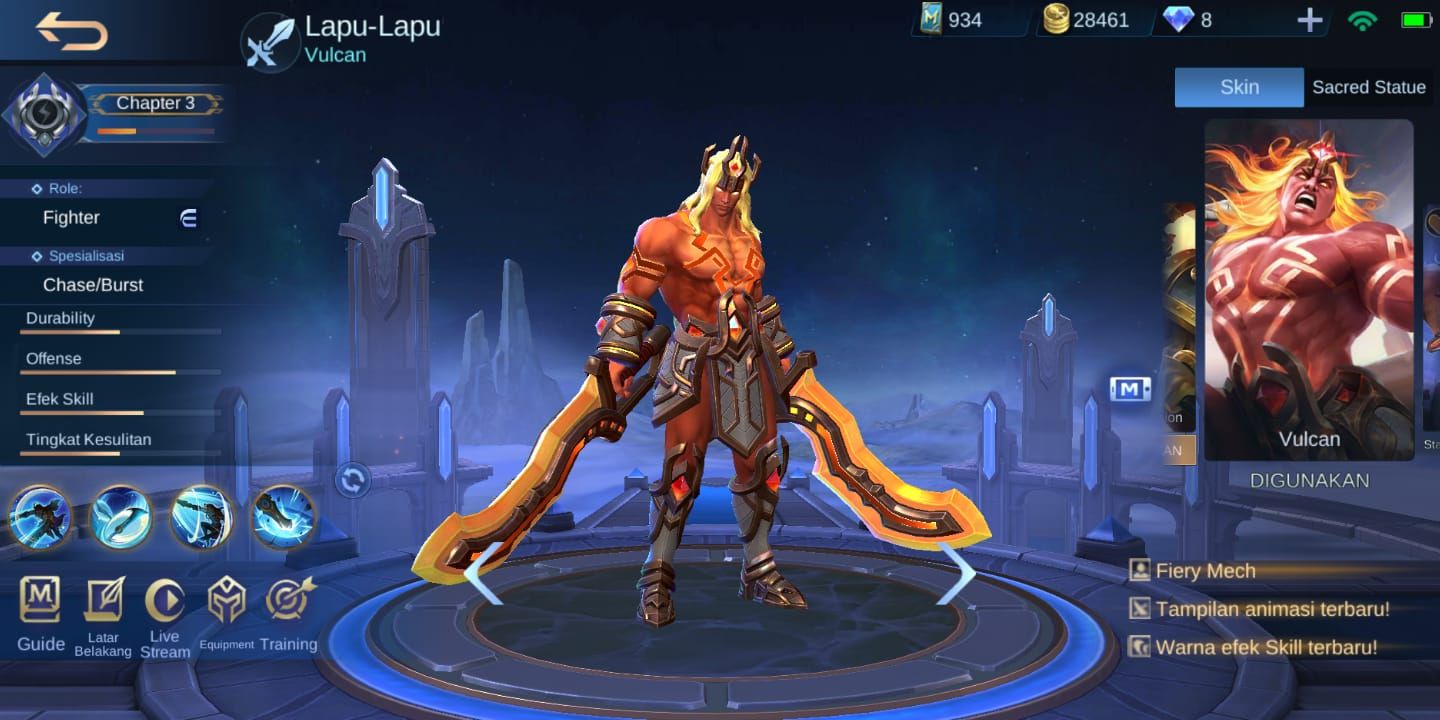 The next reason why you might love Lapu-Lapu Mobile Legends is because of how agile he is. You do not have to doubt his agility because Lapu-Lapu will help you chase any escaping enemy hero. With this agility, he can also easily escape from any enemy’s hero.

Lapu-Lapu is very agile because of his second and third skills. These two skills give a very far blink effect. The second skill, the Jungle Warrior, allows Lapu-Lapu to slash his sword and run in a designated direction. It will also inflict as much as 100 points of Physical Attack.

Lapu-Lapu is Immune to Any Crowd Control Effect 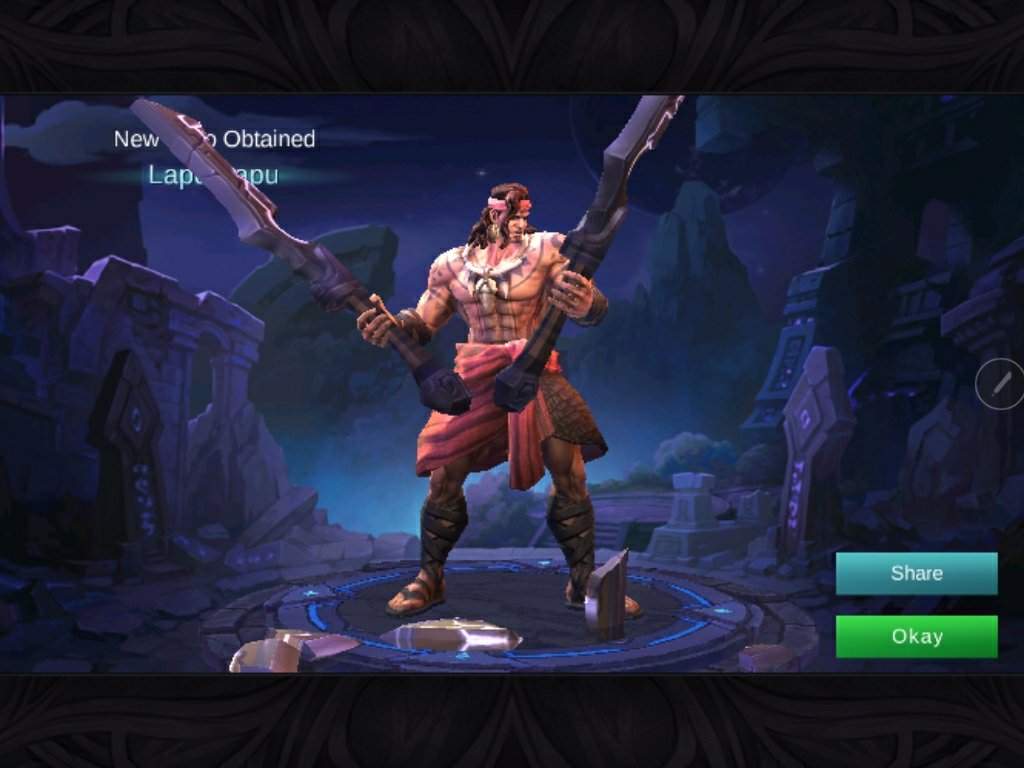 Another incredible fact about Lapu-Lapu is that he can be immune to any crowd control effect. This means that stun and slow effects will not work on him. Because of this, Lapu-Lapu can go through any enemy’s defense and charge without any problem at all.

This advantage is probably one of the most beneficial advantages that Lapu-Lapu has to offer. With the right Lapu-Lapu build, this hero can be one of the most unstoppable forces that you can even imagine. That is why you should think about using Lapu-Lapu as your character.

Out of all of his skills, Lapu-Lapu’s first and third skills have a crowd control effect. His first skill, which is the Land Shaker, allows him to collect his power for 0.7 seconds while giving a 60% slow effect. Lapu-Lapu will then slash his sword to inflict as much as 250 Physical Attacks and a one-second stun effect.

Lapu-Lapu’s third skill is Bravest Fighter. This skill allows Lapu-Lapu to jump to the air before landing on the ground. This skill inflicts 300 Physical Attacks on his enemies while giving a 60% slow effect for as long as one second. With his two crowd control skills, Lapu-Lapu can easily kill any enemy hero.

Lapu-Lapu Can Carry the Team

The last reason why you should use this impressive fighter hero is that he can carry the team singlehandedly. It is rare for a fighter hero to carry his team to victory. However, with Lapu-Lapu, you will be able to do that without any problem at all.

Because of how deadly his skills are, it becomes very possible for Lapu-Lapu to bring his team to victory. Lapu-Lapu has such high damage in both the early game and late game. On top of that, he is very agile and durable.

To sum it all up, Lapu-Lapu is a very powerful fighter hero that you should not doubt. You will find many advantages while you are playing this hero. Hopefully, we could convince you that Lapu-Lapu Mobile Legends is the best hero that you can use.