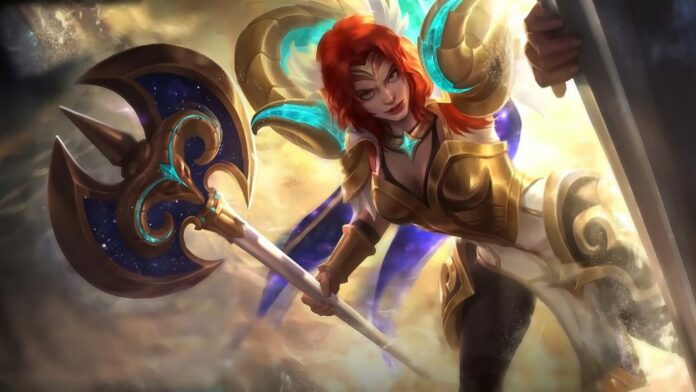 Hilda Mobile Legends is an interesting hero character that is recommended often if you want to play a tank fighter hero. Of course, you cannot tell that this hero can be a perfect choice until you know more about her. 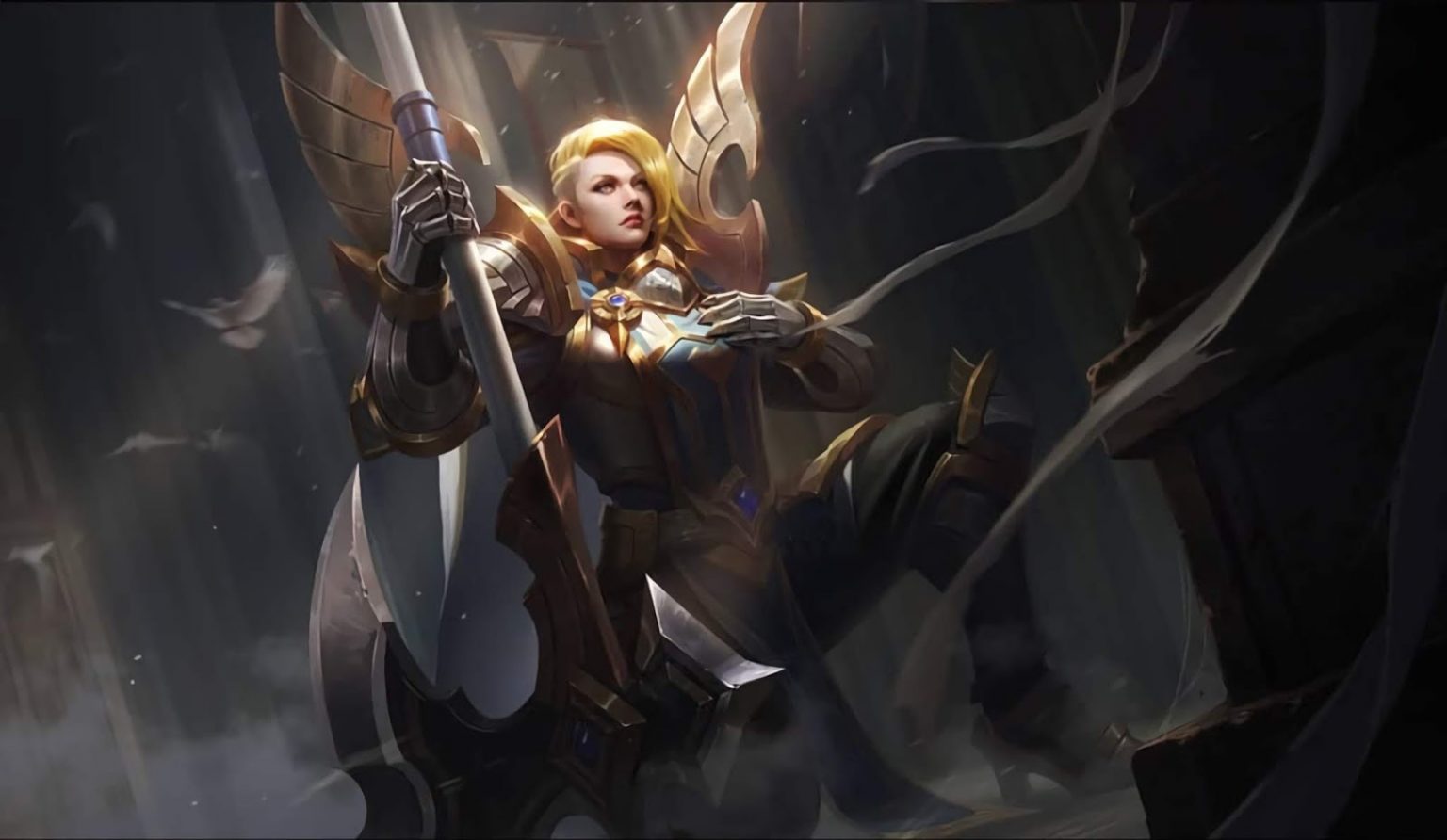 Hilda ML has a strong and bulky physical build. She is living in the Megalith area which is infertile and filled with giant rocks and shrubs. People left this area but Hilda’s clan. She can survive by hunting meaty animals using an ax. The grown-up Hilda has been chosen as the clan leader of the Megalith because of her skill.

One day, the animals become much stronger and more brutal because of dark magic art. As a result, they cannot be hunted easily. Because of this circumstance, she has to move and go to the Land of Dawn where the Mobile Legends tournament takes place. 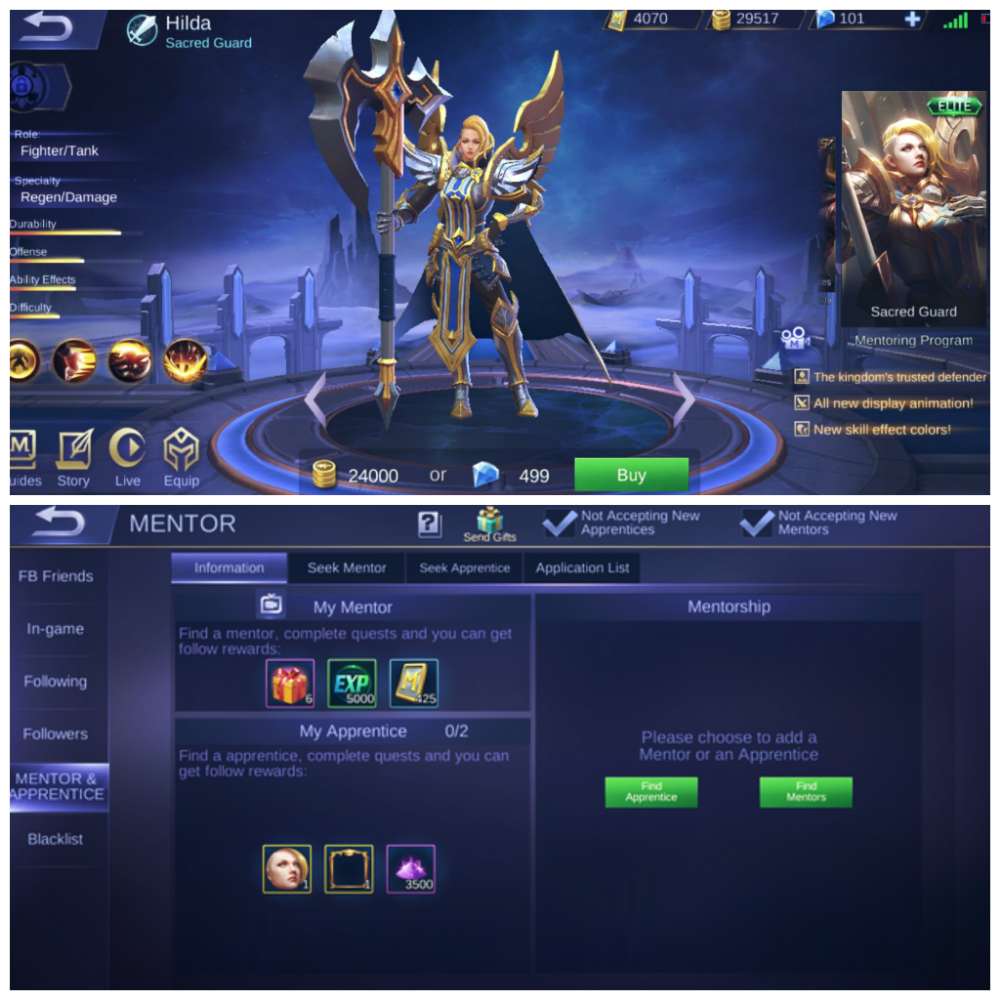 Understanding the pros and cons of Hilda MLBB is an important step before you can find out more about her skills and the best build items for her. It is good that Hilda can be used easily even by beginners. Her mobility s great as well with her skill 1. It is super easy for her to do rotation and catch the enemies. By using her skill 1, her movement speed will increase for a short period after running speedily.

She can also give huge damage to the enemies even though she is built like a tank hero. More importantly, after eliminating the enemies, she will get an extra stack for improving her ultimate skill. She is also great in the early push. She will not waste her time roaming the lane. You can use it for stealing the enemies’ jungle or doing push tower instead.

What about the disadvantages of Hilda? Unfortunately, Hilda might not be the right hero choice for a team fight. She can do great when handling one on one circumstance that happens in one lane. Although she is not made for a team fight, she can still give shocking damage to the enemies with her ultimate skill. 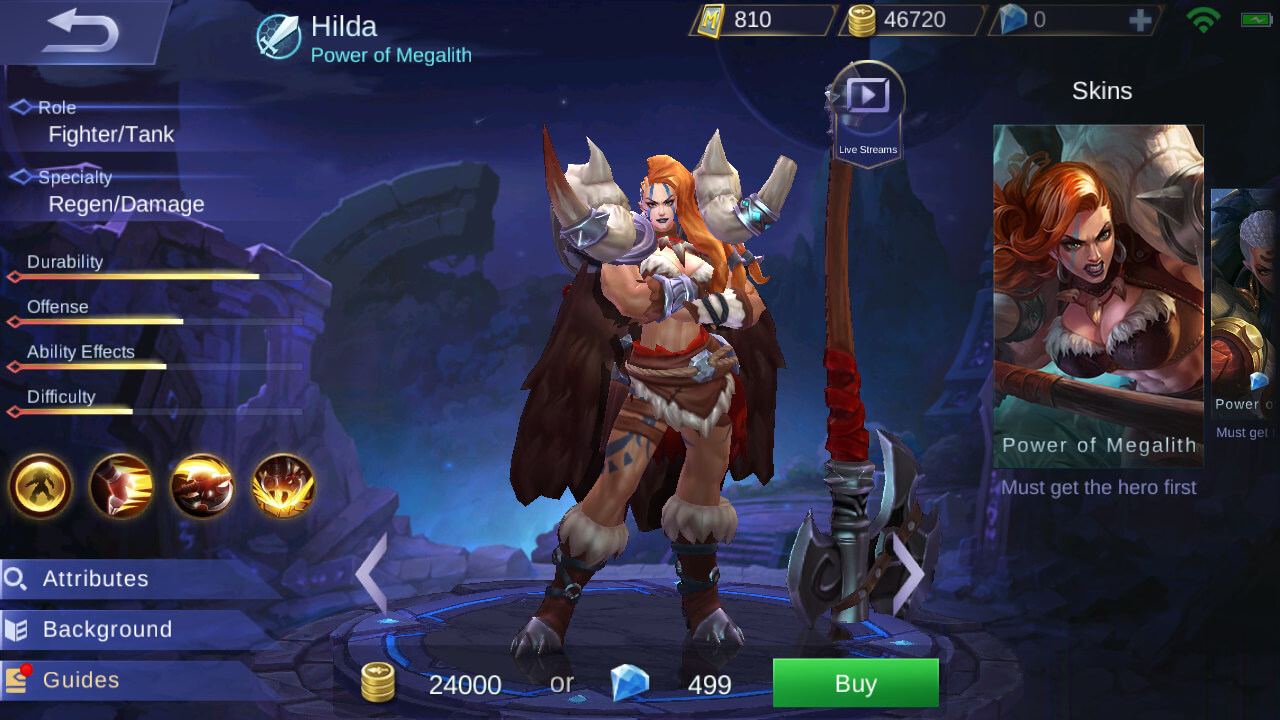 Before talking about the best build Hilda, you need to know her skillset first. She has one passive skill called Blessing of Wilderness. This passive skill allows her to regenerate her maximum HP by 2% each second in the bush. This skill can also produce a protective shield.

Hilda has more skills, for sure, including Combat Ritual as her Skill 1. This skill can activate the Rune Great Sword and add her movement speed by 30% for three seconds. This skill can also give a slowdown effect to the enemies. The Art of Hunting is her Skill 2 that can be used up to three times. At first, she can use this skill to lock a target to pursue so that she can attack and push back the target.

The Power of Wilderness becomes her Skill 3 which allows her to give 700 physical damage. She can also give a stunning effect to the target for a while and physical damage by 60% to the closest enemies with this skill. This skill will be increased every time she does kill or assist. At the same time, it will also increase the physical damage by 40 that can be stacked up to 10 times. After reaching the maximum stack, the damage can be improved by 80 and ignore the physical defense by 40%.

If you want to combine all of those skills, you can lure your enemy to fight in the bushes to activate her passive skill. You can make the enemy experience the slow effect using skill 1. You can also activate her skill 2 to drain the blood of the enemies around you. Lastly, you can kill them using skill 3. 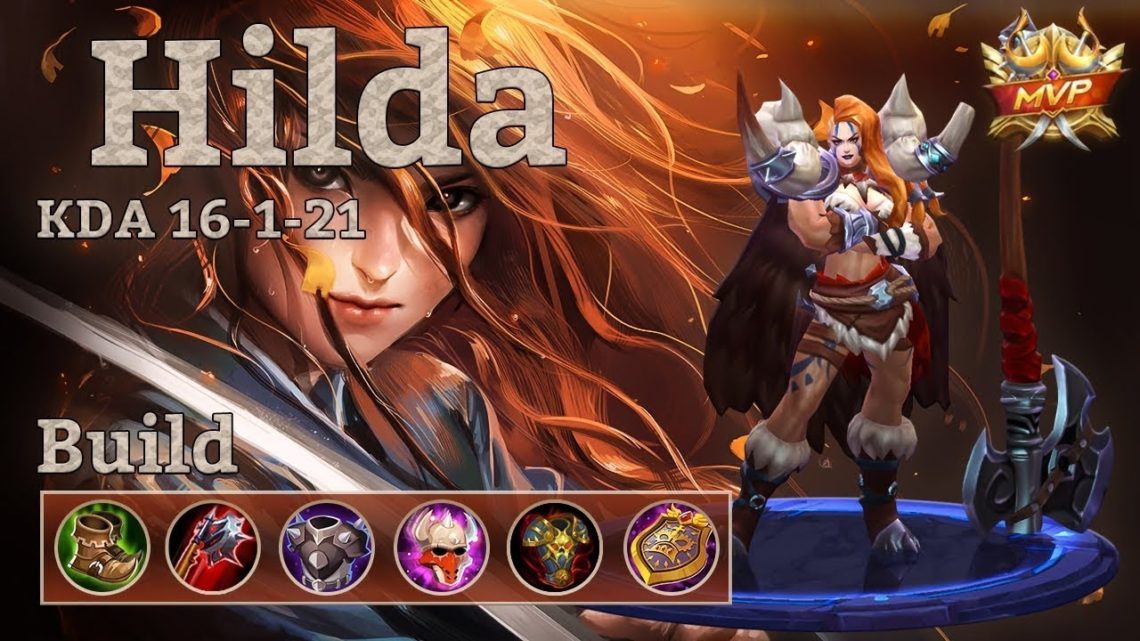 Of course, you must not forget to find the best Hilda build Mobile Legends to optimize her performance on the battlefield. The very first item you do not want to miss is the Warrior Boots. This build item will increase her movement speed and physical defense between +5 and +25 if she gets the basic attack from the enemies.

You should also get the Immortality build item for Hilda to allow her to live again after death with 15% remaining blood. This item has three minutes cooldown, yet it can be the best defense item for Hilda.

It is also recommended to get the Blade Armor for the next build item for Hilda. She can get extra +90 armor and give 25% of the enemies’ physical attack as damage to the enemies when she receives the basic attack. To improve her defense and provide her a shield all the time, you also need to get Athena’s Shield for this hero character.

Last but not least, you also want to get the Queen’s Wings to improve your durability. This item can also give physical life steal when the HP is under 40% and improve +1000 HP for Hilda Mobile Legends.