Before using Ruby Mobile Legends for playing, you must not miss this important information to make the best use of this hero. 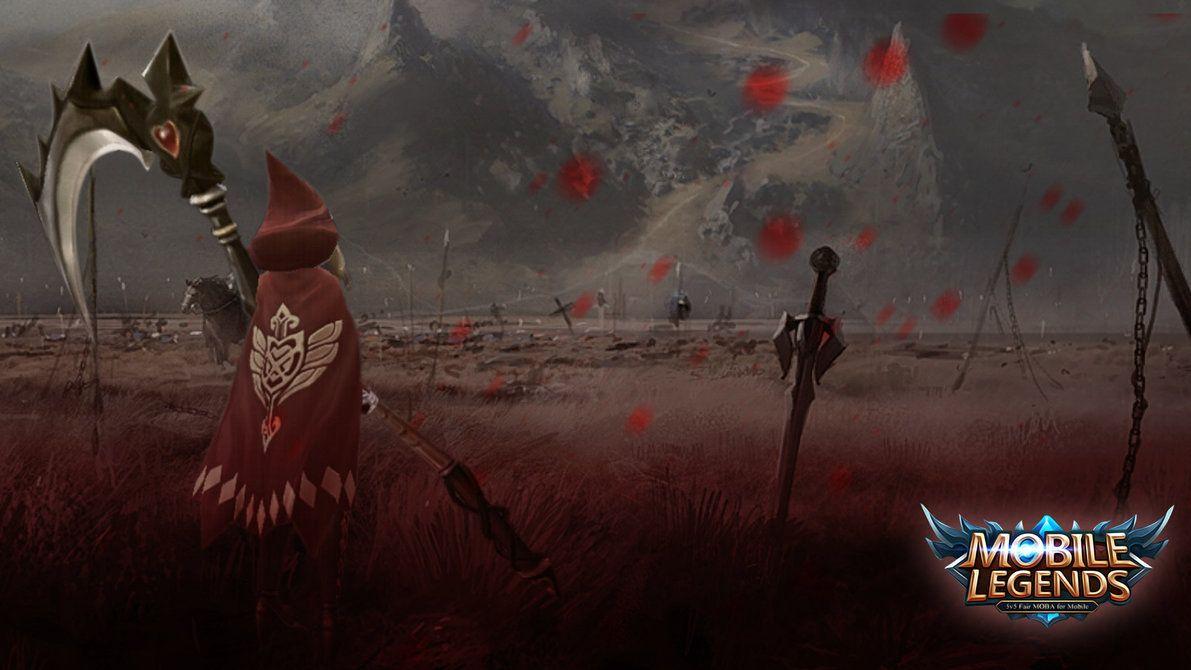 Who is Ruby MLBB? You might want to answer this question before you decide to use this hero when playing Mobile Legends. The most important thing is that Ruby is a tank or fighter hero. Using her crescentic sword, she can defeat her enemies very easily. Nevertheless, compared to other tank or fighter heroes, she has pretty smaller Crowd Control Damage.

One thing is for sure, Ruby can be the best tanker or fighter hero as long as you choose the right gear items for her. More importantly, she has an impressive skill to steal life that can be used when fighting against enemies. There will be no problem when using this hero if you use the best build for this hero. 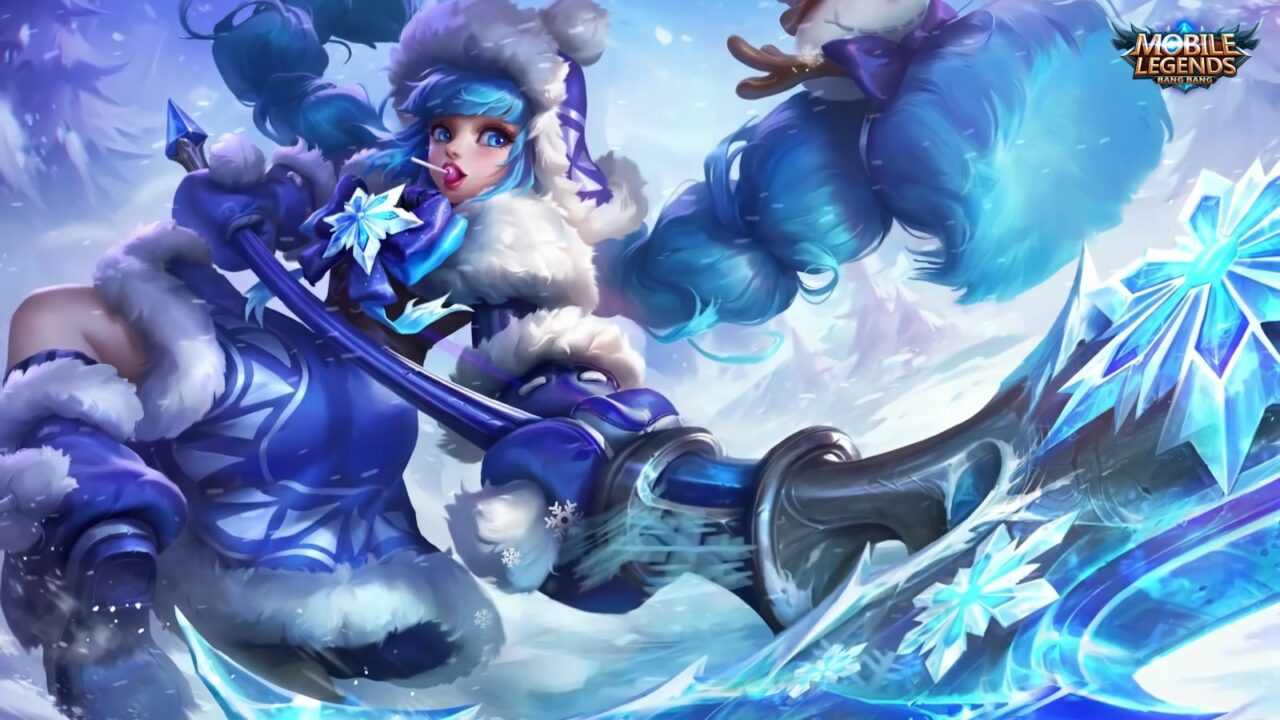 Before you can jump further to find out the best build Ruby, you have to understand the good and bad points of this hero character. Why do you need to know more about the advantages and disadvantages of Ruby? This way, you will know what to expect when playing this hero.

One of the best points of Ruby is her high mobility. It is her passive skill anyway, but it gets better since she also has a life-steal skill that allows her to take 10% of her enemy’s life. With her extensive life-steal effect, no one can stop Ruby when you use Haas’ Claw and Endless Battle items. She also has Crowd Control Skill that allows her to disrupt the enemy’s movement very easily. Last but not least, Ruby can be a great choice of hero because she is a great team initiator. It means that she can start the team fight or even war with her enemy. Since she has the stun skill, you will be able to initiate the fight through her pretty easily.

What about the disadvantages of using Ruby Mobile Legends? Unfortunately, the damage inflicted by this hero character is considered smaller than other fighter heroes. She might have the life-steal effect and the Crowd Control skill, but those skills will only weaken her if you do not use the right items. That is why it is super important to pay attention to her build to make sure that she is equipped with compatible items. Her durability during the early game is pretty low as well compared to other fighter heroes. Nevertheless, you can simply level her up and equip her with defense items to overcome this disadvantage. 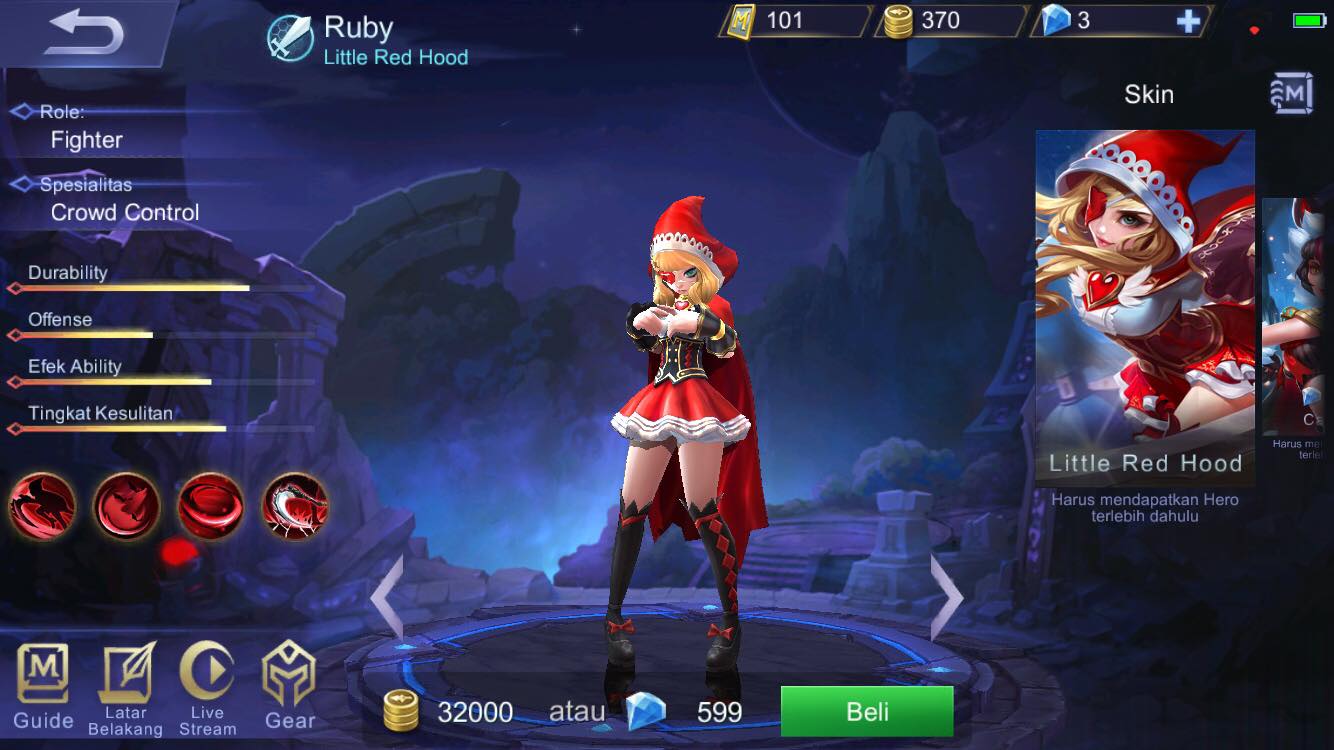 If you want to utilize Ruby properly in the game, you have to master her skill set. It is important before you can look for the Ruby best build. At least, you need to know these notable skills of this hero character.

Let’s Dance is Ruby’s passive skill that can be super useful in a team fight. This skill allows her to increase her magic and physical defense in a short time after using any type of skill. She will simply jump to another place with this skill after performing any skill.

Her First Skill is ‘Be Good’. However, because this skill has a short cooldown, you need to spam it on the enemies to get the full effect. Meanwhile, Ruby also has a second skill called ‘Don’t Run, Wolf King!’. With this skill, she can swing her sword twice which will inflict 120 physical damage in total with a stunning effect on the enemies.

Do not forget about her ultimate skill, as well. It is called ‘I’m Offended!’. With this ultimate skill, Ruby will be able to attack enemies in a wide range of areas. Of course, this skill will also deliver a stunning effect on the enemies.

Now, you can learn further about the best builds for Ruby ML. The main reason why you want to use these build items is to optimize her skill in any kind of game. These build items will give a great life-steal effect especially when she is crowded by enemies.

Queen’s Wing should also be used by Ruby because its effect is super great. If you have this build item, the damage taken by Ruby will be reduced by 40%. But this effect can only be found when the Health Point of this hero is under 40%. Yet, this item will increase her physical life-steal effect by 40%.

You should also consider other build items for Ruby Mobile Legends, such as Blade of Despair, Haas’ Claw, and Athena or Oracle of Shield.