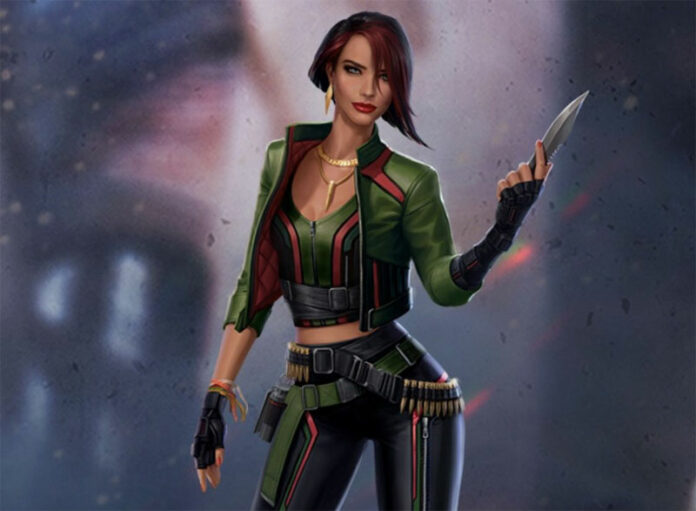 Paloma is one of the female characters in Free Fire. Some players love to use Paloma free fire because this character has a strong will and confidence. Plus, this character can carry AR ammo without taking up inventory space. You should know more about Paloma before using her in Free Fire battles.

Paloma is one of the top picks characters in Free Fire. She even becomes one of the strongest female characters in this game. Based on its background, Paloma lived in the poorest area in her country, but she was a beauty queen.

Paloma’s upside-down life changes her character into an evil symbol. Imagine that as a 28 year old woman, Paloma controls the weapon trade. Her special survival ability is arms-dealing. It means that this character can carry AR ammo without limiting the inventory space.

Players who are using Paloma free fire take the advantage of carrying AR ammo without affecting the inventory. The number of ammo you can bring in the battle depends on the level of Paloma. For example, at level 1 Paloma can bring up to 45 ammo whereas at level 2 she can bring up to 60 ammo.

Paloma can bring up to 75 ammo at level 3 and 90 ammo at level 4. Remember! Paloma can only use her special survival ability before jumping off the plane. Ensure that you have used it before starting the battle. 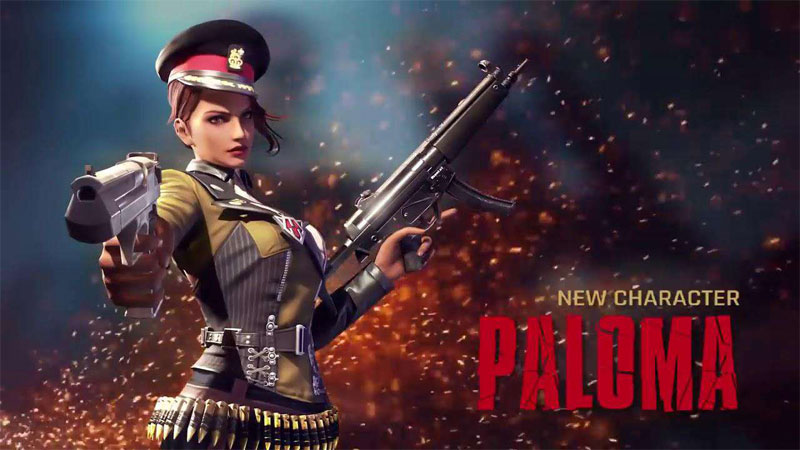 The way you choose a weapon can also affect Paloma’s performance. That’s why you have to ensure that this character brings the best weapon before joining a battle. Indeed, she works maximally with AR weapons. It is because her special survival ability is only working on AR bullets. Use the following weapons to boost her performance.

An MP60 is a perfect weapon for Paloma. One of the reasons is that this gun needs a lot of bullets. Indeed, you can use her ability to get enough bullet supply for this weapon. As a result, you can use this MP60 effectively, survive the game longer, and even win the combat.

Unlike the M60, FAMAS doesn’t require a lot of bullets. This gun is also durable and easy to use. Because of that, Paloma can share her bullets with his team while using her gun to knock the enemy in front of them down.

It can be a bit difficult for Paloma to use this gun, but it has high damage, range, and good accuracy level. You can try to use this gun to kill an enemy with a lot of ammo you have.

Do you like to play aggressively? If so, pick M4A1 for Paloma. This gun can be so deadly, along with the DPS and Paloma’s skill.

SDV is also typically a deadly gun. It is perfect for long and medium-range combat. Plus, the damage level is also high. Paloma can use this weapon and kill an enemy by only using a few bullets. 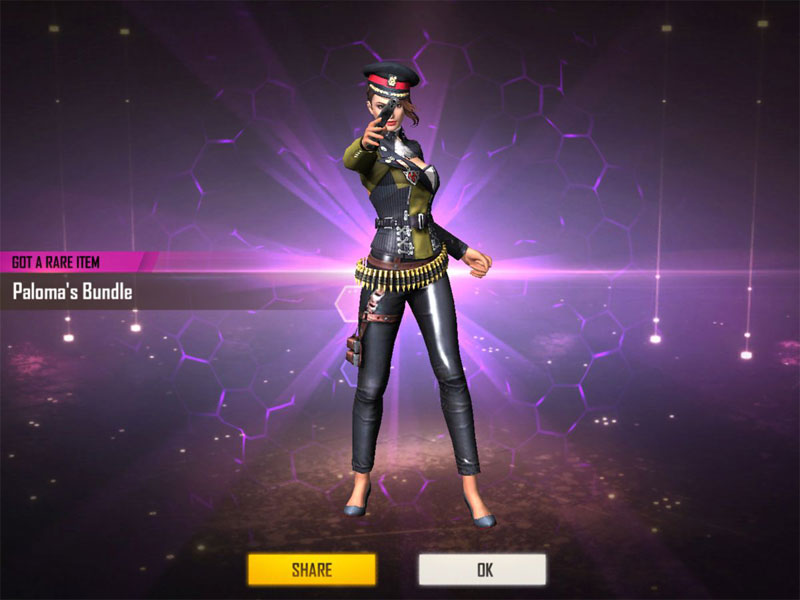 Tips to Use Paloma in Free Fire

Remember! You have a lot of ammo. You should surprise your enemy by shooting them brutally, especially in the early stages of the battle. As a result, you can kill more enemies and survive longer

Because there is still inventory space, you can use it for other items, such as health and utility packages. These packages are helpful in urgent conditions to keep you alive longer in battle.

Besides carrying extra AR ammo, Paloma can also bring other ammo, such as SG and SMG ammo. You can use it to support your teammates. This trick is so useful to keep your team surviving in the battle.

The Best Partner for Paloma in Free Fire

You need a good partner when playing in the clash squad mode. So, who are the best partners if you are using Paloma? We have a recommendation below.

Laura is perfect to be Paloma’s partner due to her sharpshooter ability. Because of this ability, she can shoot accurately. Imagine if you have a partner who can shoot so accurately and you have a lot of ammo. Indeed, both of you can knock a lot of enemies down.

Kelly is another recommended female partner for Paloma. Kelly can use her special survival ability, dash run to run faster. As a result, you have time to loot.

Do you want to play with a male partner? If so, Paloma Free Fire will be powerful with DJ Alok. This character can heal and move faster. It means both of you will not be afraid to fight against the enemies. This combination is perfect if you love a brutal fighting style.

Things To Consider Before Using Paloma in Free Fire Battles

You should unlock this character first. You need at least 600 diamonds to do it. Despite Paloma’s ability to bring a lot of ammo, the type of ammo she can bring is so limited. This character can only get extra AR ammo and not other types of ammo. So, remember to pick AR ammo if using Paloma free fire in combat.