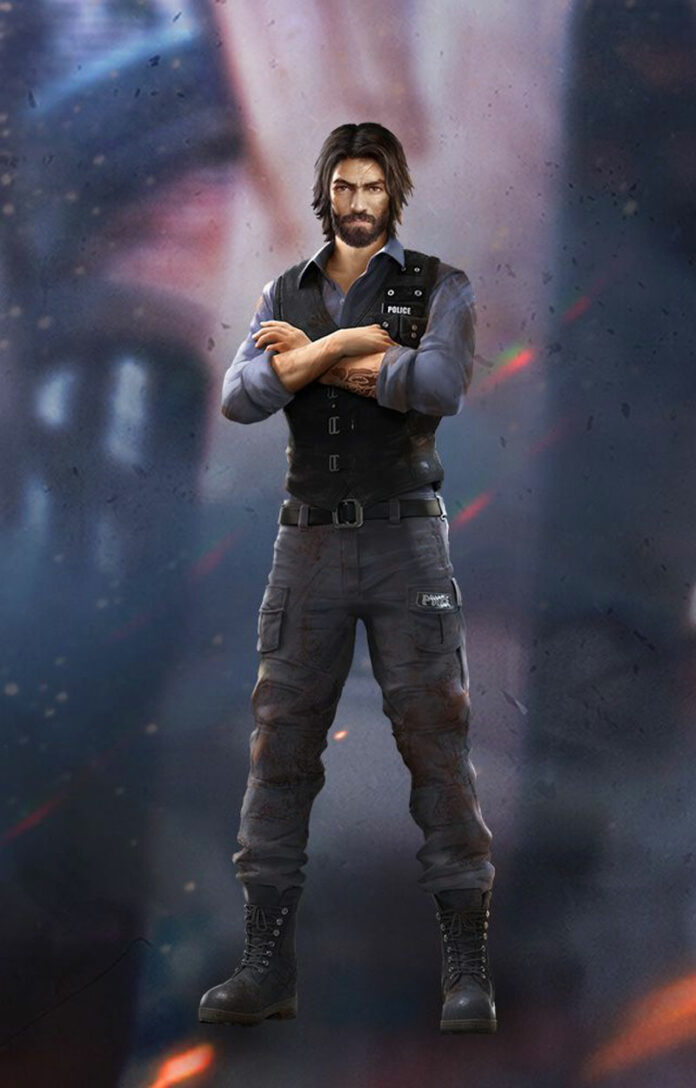 Don’t underestimate Andrew in Free Fire. As a police officer, Andrew free fire can be a powerful character that leads you to win battles. You can use his two powerful skills, which are armor specialist and the wolf pack. Check the detail below if you want to use Andrew in Free Fire battles.

He is a 42 years old policeman. Surprisingly, Kelly is his foster daughter. Andrew took care of Kelly when she was 4 years old. Unfortunately, Andrew had to divorce Kelly’s mother when she was 6 years old.

As a policeman, Andrew always fights against crimes and looks manly with his vest. On the other hand, he has different characteristics, such as he loves to drink alcohol, temperament, and a messy appearance. It can be the effect of his divorce. Despite Kelly’s status, Andrew loves Kelly a lot.

A vest is so important for a policeman. It protects them while on duty. That’s why Andrew wears a vest anywhere he goes, especially when fighting against crimes. This item even makes him stronger. This male character has an armor specialist as his special survival ability.

It makes him hard to kill. Enemies have to break the vest first before killing Andrew. The higher the level, the stronger the vest. For example, at level one the vest durability loss decreased by 10 percent whereas at level two it decreased by 12 percent. 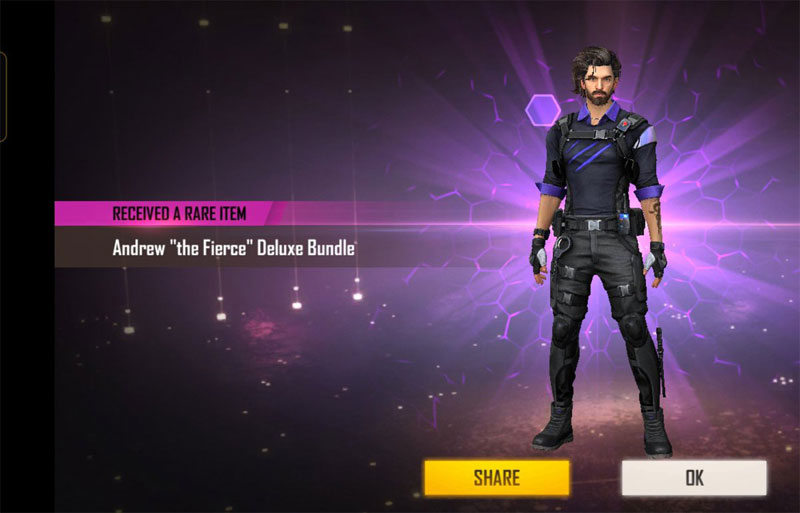 Tips to Use Andrew in Free Fire Battles

Take At Least Level 2 up to Level 4 Vest

So, how to use Andrew free fire to survive and even win the battles? Since a vest is his special survivor ability, it means you should level up the vest first. Ensure that the vest is at least in level 2 up to level 4. The higher the vest level, the smaller the damage level Andrew gets when an enemy attacks him.

Andrew is perfect for players who love to attack aggressively. The vest will protect this character well. Plus, the vest doesn’t have a cooldown or duration. It means that you have a great defense. You can get closer to the enemies and brutally attack them.

Use the Wolf Pack Skill

The wolf pack skill gives an additional 15 percent rampage reduction according to the number of teams. This skill is useful if playing in the Clash Squad mode.

The Best Teammates for Andrew in Free Fire

Andrew is also good in the Clash Squad mode as long as he has the best partner. Here, we have the list of the best teammates to make Andrew stronger in the Free Fire battles.

Just like Andrew, Hayato is also one of the awakening characters in Free Fire. The Awakening Hayato has a bigger immunity damage reduction. It means both of you have a strong defense. You can use it to brutally attack the enemies to knock them down.

Jota is another male character you can combine with Andrew. As one of the best rushers in Free Fire, Jota can move to swindle the enemies. Andrew can use this opportunity to aggressively attack them. Due to the strong defense, Andrew can also protect Jota.

A female partner, such as Laura is also effective enough to accompany Andrew in the battle. Laura has extremely accurate shooting skills. She can protect Andrew while making a shocking attack.

Olivia is another effective female character for Andrew. This character has healing touch and wolf pack skills. Both of the characters can protect each other while shooting and knocking the enemy down. 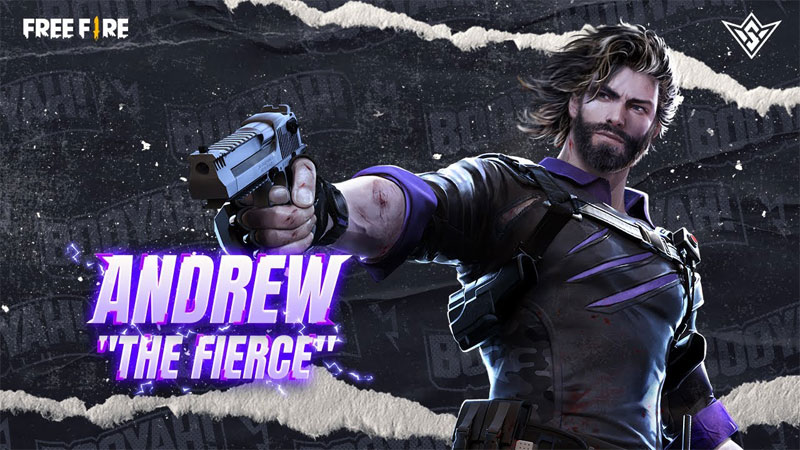 The Best Weapon for Andrew in Free Fire Battle

The way you choose a weapon is also crucial to make your character stronger and effectively kill enemies. For example, Andrew is good in a close-range battle. Indeed, he needs a typically close-range weapon.

Shotgun-type weapons are a great option to accompany Andrew in the battles. The best trick is to penetrate the enemy area and knock them down using a shotgun.

This trick can kill an enemy quicker on the spot. Then, you can run away and hide while looking for another enemy to kill.

Andrew can get his special survivor ability only when wearing his vest. The good thing is that a vest is a common item. You can find this item everywhere. Be aware if Andrew doesn’t use a vest yet in the battle.

You will get critical damage and die right away. So, ensure that you always arm Andrew with a vest. If it is not, you would better hide and find a vest first without knowing the enemies.

The point is that Andrew is also a promising character in Free Fire. You can win battles using Andrew free fire as long as you know his details. As a result, you know what Andrew should use to perform maximally and kill the enemies right away.