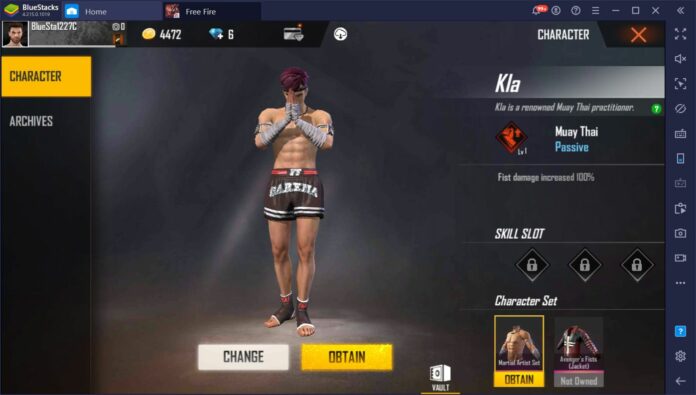 Free Fire has many characters that allow you to use them for different types of gameplay. More than that, you will find new characters released frequently. Therefore, more characters available gives you more freedom to decide how you play this game. And, that’s one of many things that make this game interesting. Speaking about interesting characters, we have one here. He is kla free fire.

KLA is considered a new character that comes with the new update. This character is also the reason why Maxim got nerfed. But, that is all for balance. So, the gameplay will be fun with it. And here, we have the complete guide that will help you to understand KLA and how to use him efficiently. Let’s start!

The character design tells you clearly who this character is. Yes, he is a Muay-Thai martial artist. He wears the shorts that you can see on many Muay-Thai matches, including a bandage on both hands and a traditional Thailand headband. You can get this character from the store. Fortunately, KLA is not a premium character, so you can buy him with Gold.

As for the character’s background, kla free fire has a unique story. As a Muay-Thai master, KLA suddenly disappears one day. No one knows when he was gone for many years. Suddenly, he appeared. The new KLA is not the same as the previous one. The new KLA is full of bloodlust and seeks revenge. Because of this new personality, he gives no mercy to his enemy. He defeats and kills the enemy without hesitation. 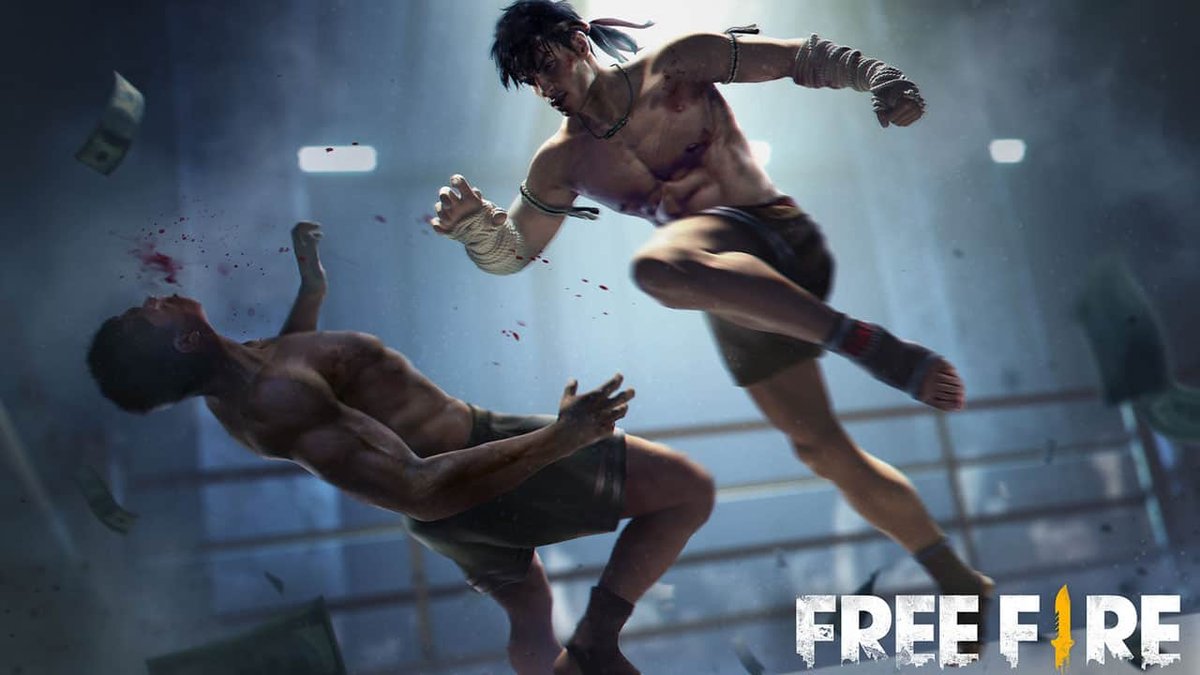 KLA has one of the powerful abilities suitable for rush or offensive teams. It is called Muay Thai. At the maximum level, this ability increases the fist damage by 400%. So, if you use it to get close to the enemy and attack, you can produce high damage. Moreover, it is so fast that keeps your enemy from reacting or even thinking about what they should do to counter it. With proper usage, you can create a powerful combo with this skill.

As mentioned, kla free fire is one of the best characters for quick attack gameplay. Therefore, the combination with other characters gives you many advantages on Rush and Scout gameplay. Below, we have several characters you can combine with KLA.
As for Rush Gameplay, here is the character you should use:

In Rush gameplay, you need speed. For that reason, Kelly, especially Awakened Kelly, is the best partner for kla free fire. Kelly can increase your speed by 6-8%. Moreover, the awakened mode also increases your maximum damage by 120%. Use it to hit hard and fast. Combine it with the maximum level of Muay Thai ability; you can cause enormous damage to your enemy.

He has armor penetration skills by 18-20%. Then, if you can get the awakened Hayato, you also can get an extra shield that cuts down the frontal damage by 20%. He is a perfect combination for rushing forward with KLA.

Alok is essential to add extra speed. He can increase the movement speed by 15%. Moreover, Alok also can heal your character by 5HP per second. Now, let’s see what kind of combination you can use on scouting gameplay. Here are several players that we have tried and chosen to maximize the kla free fire advantages in this gameplay.

In the Scouting gameplay, you need high accuracy to attack the enemy from afar. For that reason, Laura is the best combination for KLA. She can increase the accuracy by 35%. Moreover, with higher accuracy, you also can damage more, even if the enemy wears a vest and helmet. One of the disadvantages of attacking from distance is the damage can be reduced by wearing armor. That is where Hayato comes in. His armor penetration skill helps you to increase the damage from a distance. Therefore, you can defeat your enemy much faster with this combination.

Lastly, we have Chrono. Many players think that Chrono and kla free fire is not a good combination because Chrono has too passive skills. However, in some situations, Chrono’s ability could give you advantages to recover and prepare for the next attack.
Chrono creates an impenetrable field that has 800 HP. The enemy cannot shoot you as long as you are inside this field. And, it is also the same with your character. So, you can prepare and recover during this period, then escape or counterattack.

How to Kill with KLA

As we explained above, kla free fire is a powerful attacker. Therefore, you should rush into the enemy and hit them hard. With proper settings and combinations, you can easily OHKO-ed your enemy. Even though you miss the headshot, you only need another hit to kill the enemy.

One of the best usages of kla free fire is at the start of the game. When you still have nothing in your hand and look for arms, the barehanded skill damage will help when you meet the opponent. Now, are you ready to kill with KLA?