Win the Chicken Dinner: Utilizing the Best Weapon in PUBG

Looting is as fun as doing combat with the enemies in PUBG. Players try to find the best items, particularly weapons. Every player wants to obtain the most sophisticated weapons to help them win. What is the best weapon in pubg and how to check its ability?

Types of Weapon and What They are Good for

Each weapon in the game has its own purpose. Naming a great weapon that can aid every battle is difficult because the usability depends on the situation. Knowing how each type of weapon will be helpful in combat may give you a clearer idea.

Here are some of the weapon types and what they are good for:

To understand how a weapon works, you need to pay attention to its stats. From the stats, a player can decide on the best weapon in pubg, especially based on their own needs at that moment. Let’s take a look at the following stats (please note that most of them are for the firearms):

Fire rate describes the frequency of projectiles that a gun can shoot within a specific time period. The PUBG implements the RPM system. It describes the fire rate in the number of rounds per minute.

In most battle games, this stat refers to the ability of a gun to create damage in others. When you successfully shoot someone with a high-damage gun, killing them will be quicker. The higher number means higher damage. The best weapon in pubg is usually the one with significant damage.

Firearms in PUBG need time to reload to their full capacity. A great gun should not take too long to reload as it may jeopardize the player’s mission. Thus, you will be better off choosing guns with shorter reload duration.

The accuracy of guns in PUBG differs widely. Some guns have terrible accuracy which means that you are wasting time trying to fire them. However, you can search for guns that offer a high accuracy. Usually the sniper type offers greater shooting accuracy.

This is important information for any player. Even if you are using the best weapon in pubg, the gun will be less useful if you fire it at the wrong range. This stat shows the optimal range in which it can create the best damage to the enemies.

From this stat, you can see how easy it is to obtain a gun. Some guns are rarer than the others. Usually these rare guns have some special qualities about them. Of course, being fixated in gun rarity is not good, but for an avid player it is fun to collect rare guns.

The Best Weapons in PUBG 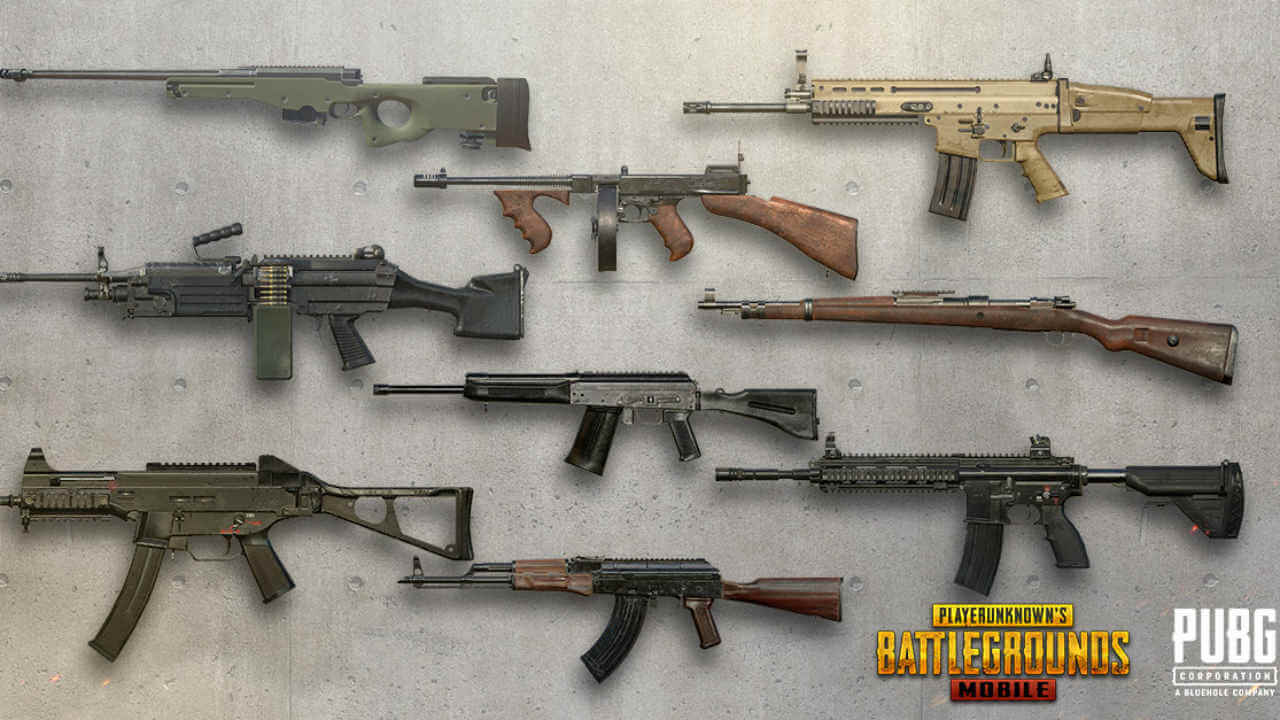 The PUBG community has compiled a list of weapons that are considered PUBG best weapon options. These weapons are so versatile, especially if used vis-a-vis with the others. Check out the following list:

Many people had thought it to be a sniper rifle due to its power. However, the rifle is actually an assault rifle. The rifle is capable of making eight successive powerful shots. This capability is actually a downgrade from its previous version. Nonetheless, it is still able to hold on its own.

This weapon is an LMG type gun. Within its range, MG3 is regarded as the most powerful gun. It can fire powerful shots and is more stable on the player’s hold. Players need to use it wisely because it can only fire six successive shots before reloading.

S12K is included in the shotgun category. The most notable feature about this gun is its compatibility with various assault rifle attachments. It means that players can easily maximize its capability with the right accessories. However, the recoiling can go very hard.

The term one shot one kill might best represent this gun. It is a type of assault rifle. While the bullet magazine is not big, one shot is powerful enough. Two shots can even kill another target that does not wear excessive armor. You need to find this gun if you can manage it.

You can only obtain this sniper rifle via airdrop, but the wait is definitely worth it. It is famous for having a loud and intimidating noise when being fired. The damage it can cause to the victim is immense. AWM is very difficult to obtain as you have to fight with other players who also want the PUBG Mobile best weapon.

Knowledge about weaponry in PUBG is a must for any player. As you can see, there is no single best weapon in pubg. You need to have a solid weapon collection that can complement each other in the battle.