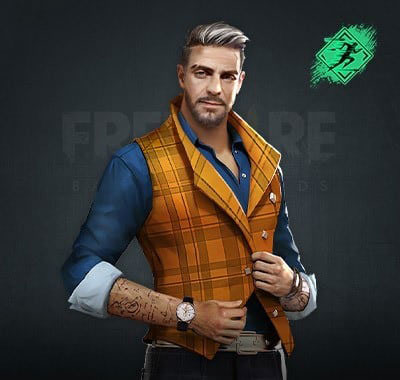 Don’t underestimate Joseph’s age. At 45 years old, Joseph free fire is still one of the deadly characters. Indeed, you should know the facts about this character before using him in the battles. Knowing his ability and performance helps to set him well. As a result, you can play well and kill a lot of enemies.

Who Joseph is in Free Fire?

Joseph has a good shooting ability. It can be because of his military academy background. On the other hand, this character is passionate about the field of engineering. That’s why he builds a tech company known as Nerve Labs.

Free Fire also develops this character with a strange movement speed known as the nutty movement. Imagine that this character can move faster when opponents hit him. Logically, characters are weaker when they get hit by opponents. Because of that, Joseph is perfect to be a Rusher.

Joseph has a unique special survival ability known as the nutty movement. This ability helps him to move fast temporarily when gets shot. The percentage of the movement speed depends on the level. The higher the level, the faster the movement speed. 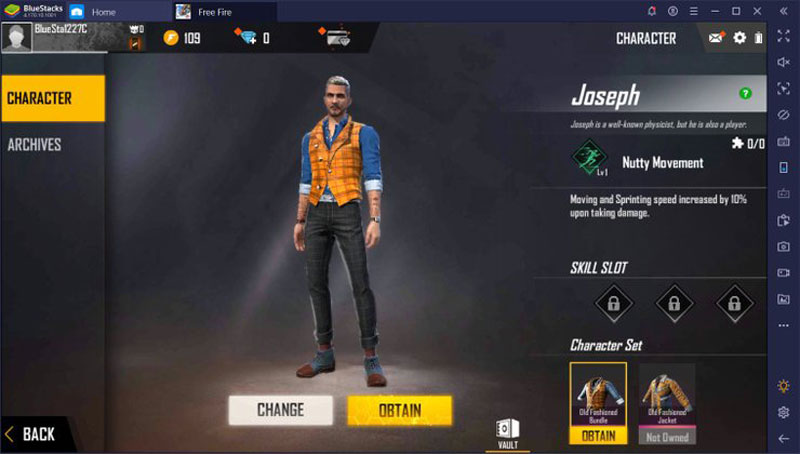 Tips to Use Joseph in Free Fire Battles

The best trick you can use when playing using Joseph free fire is making him a Rusher. It means he has a job to interrupt the opponents’ formation. It doesn’t matter if this character gets damaged while breaking through the opponent’s area.

Ensure that you have enough HP to flee and let your team kill the opponents. Due to his ability, you can also use Joseph to play aggressively. All you have to do is use the best gun and use all the protections. Then, pass through the opponent’s area and kill the weakest enemies and flee.

Ensure that you choose the best close-range weapons for this character. Joseph looks great when using a specific gun, such as M1887, MP5, MP40, M1014, and Thompson. All guns are powerful in close-range battles. It gives bigger damage to opponents when it is used by characters who have a high shooting accuracy.

Besides using Joseph for solo combats, you can also combine this character with other characters. Ensure that you choose the right characters to support his performance. Here, we have recommended partners for Joseph.

Laura is a female character with a sharpshooter special survival ability. This ability allows her to accurately shoot opponents. So, you can use Joseph to pass through the opponent’s area and make them shocked. Then, Laura enters and kills them all.

Moco is also a good partner for Joseph. Her ability is a hacker’s eye. Moco can see anything that other characters can’t. As a result, she can share valuable information with her team, including Joseph. Then, use Joseph to attack the opponents based on the information you get from Moco. The attacking process will be more effective.

As a DJ, Alok has an ability known as drop the beat. It helps to increase movement speed and running speed. This ability even can restore HP not only for himself but also for his partner. In this combination, Joseph can run faster and shoot the opponents while receiving HP from Alok to survive longer. 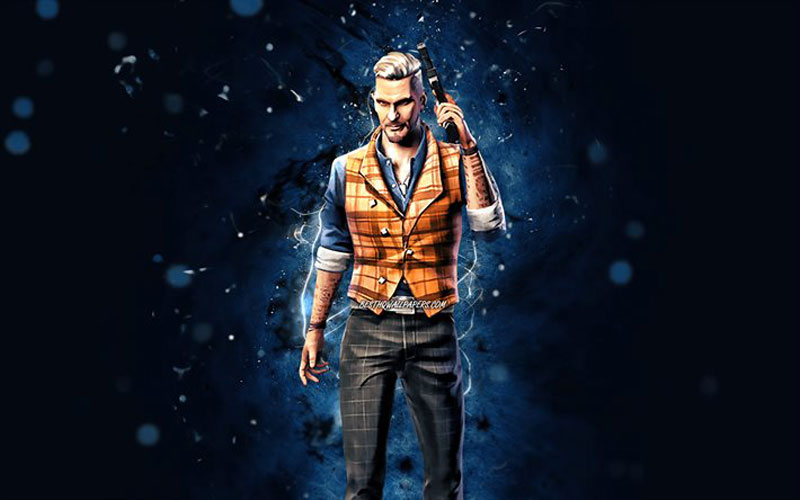 The Benefits of Using Joseph

Joseph is one of the characters in Free Fire who can run faster, especially when gets hit. He is so good as a Rusher. You can also use this character to attract opponents to come to the perfect zone to kill them all. Joseph is perfect for players who need a male character for a solo battle.

The Drawback of Using Joseph

Unfortunately, the ability is active only when Joseph gets hit. It is too risky, especially if your opponents use powerful weapons. You can die before you can run away.

The Way to Get Joseph in Free Fire

Do you want to use this character? If so, you can buy him using diamonds. Free Fire offers this male character in singles and bundles. Too bad, players can’t buy in the single option. The cost of Joseph free fire in a bundle option is 2500 diamonds. The bundle option comes with special offers, including exclusive clothing and items to increase levels.

Now, you know about this character better than before. Use the crucial information above to prepare this character to kill a lot of opponents in the battles. As long as you know the best partner and gun and also the way to use his ability, you can win the battle using Joseph free fire.