4 Tips Using Lesley Mobile Legends and the Most Powerful Build 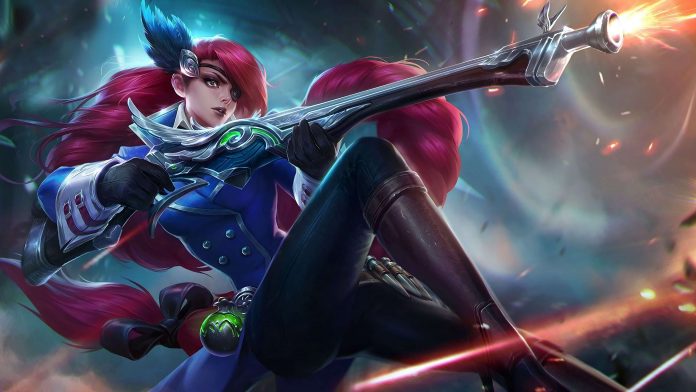 Lesley Mobile Legends might be one of the most interesting heroes you can use when playing Mobile Legends. Unfortunately, this hero is not very popular. Not a lot of people are going to choose Lesley when they are playing in higher ranks. However, you might want to think again about not choosing Lesley after reading this article.

Lesley is a marksman hero that can inflict quite a huge damage when you are playing using this hero. She can be very deadly in the late game. However, you need to make sure that she is equipped with the proper build if you want to utilize all of her skills.

This marksman hero is known for her Ultimate Snipe skill, which will help you lock on an opponent’s hero and shoot 4 Lethal Bullets. This skill will help you inflict a significant amount of physical damage to your opponent.

To make Lesly even deadlier than she already is, you need to know a few tips that will help you play this hero effortlessly. So, without further ado, here are the best tips for you to play Mobile Legends Lesley, the deadly marksman hero in Mobile Legends.

1. Get Familiar with the Four Skills that Lesley has 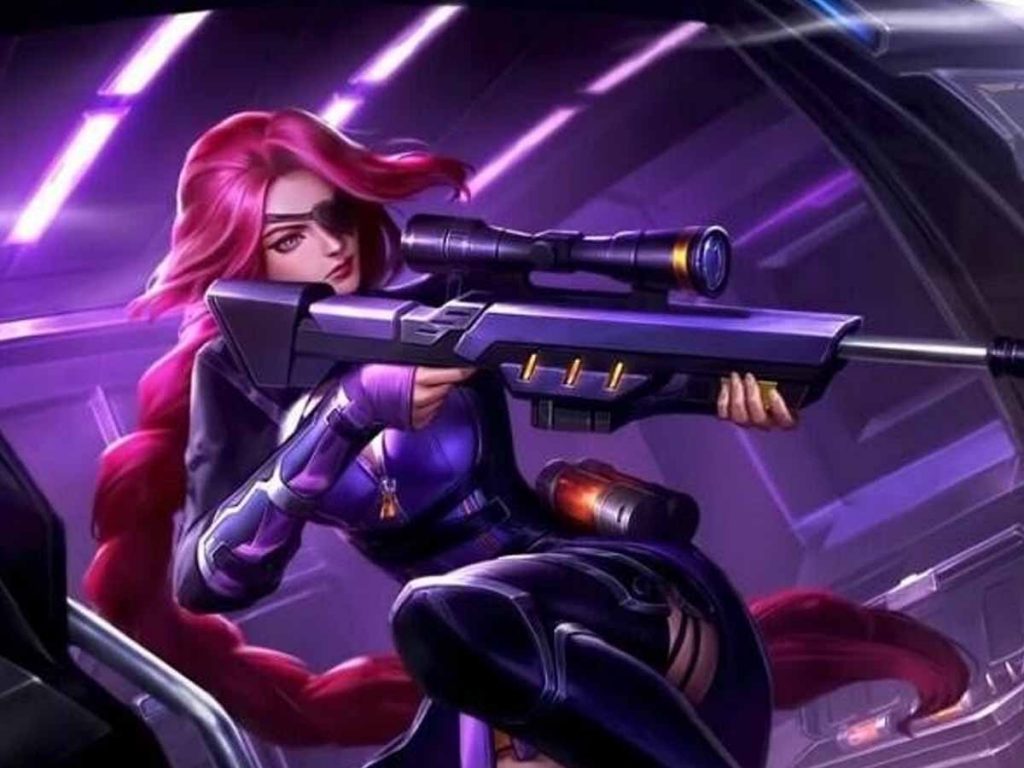 You could never possibly win using any hero if you are not familiar with the skills that they have. If you are a Mobile Legends player, you probably already know that each hero is equipped with a unique set of skills that you can take advantage of. If you utilize these skills properly, you will be able to play like a pro, whichever hero that you use.

Lesley herself has a brilliant set of skills that you should learn more about, especially if you are planning on using this hero. Here are the skills that you can use by playing Lesley:

2. Use a Proper Build for Lesley Like most heroes in Mobile Legends, you should also know the best build for Lesley Mobile Legends that you can use. A great build allows your hero to reach their true potential, making them more powerful when it comes to defeating your enemies. Certain builds will even give your hero certain skills that will help you win any game easily.

You can use a variety of builds for Lesley. However, the best build is to use a combination of the items that we will list below:

3. Lesley in the Early Game

One example of a great early game performance is to go to Gold Lane. It is the best lane for every marksman hero in Mobile Legends. By choosing that lane, Lesley will be able to earn a lot of Gold from Minion. Because of this, Lesley will become rich very quickly, allowing her to have great damage.

Your focus during the early game should lie on farming. Therefore, you will be able to make yourself rich while protecting the Gold Lane turret and destroying the enemy’s turret. In this stage, you should not play carelessly if you want to make sure that Lesley becomes powerful. 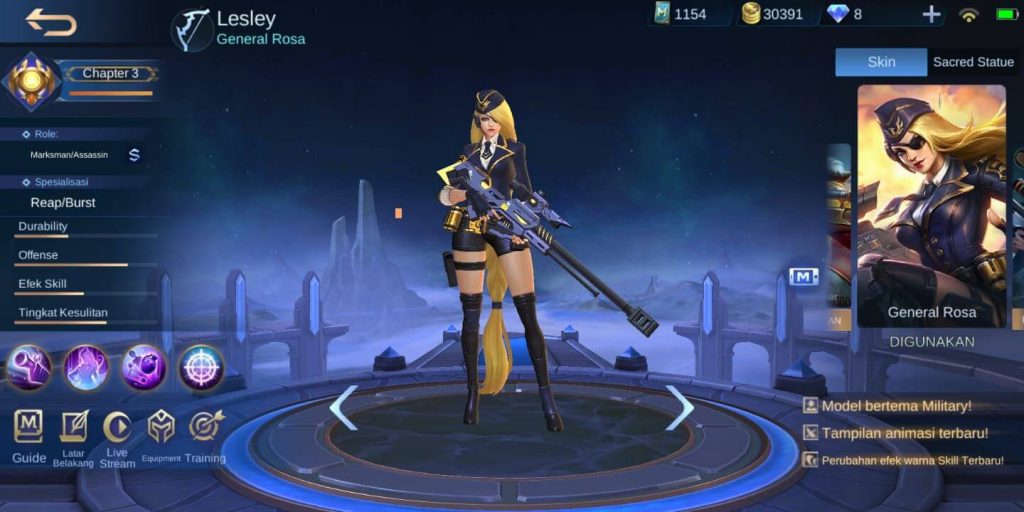 Any marksman hero in Mobile Legends will have to go through war. Unfortunately, Lesley will become a burden to the team if you are careless during the war. Aside from knowing the best Lesley build, you should also know a couple of war tips for this hero.

The first thing you should do is to keep your distance. You need to make sure that Lesley is not at the front line when you are in a war. The second thing you need to do is to utilize your first skill and basic attack as a combo to defeat your enemy’s heroes. When you are doing this, you should double-check that the target that you lock onto is a hero with the lowest durability compared to the others.

The last tip is to only use the Ultimate skill if there is a deadly enemy as the target. You should also utilize this skill to open the map. One thing you should understand is that playing a marksman hero can be quite tricky. You need to be extra patient if you want your marksman hero to be useful.

When it comes to learning how to use Lesley in Mobile Legends, you need to learn her skills and the perfect build for her. On top of that, you also need to learn a couple of tips to be able to utilize this marksman hero properly.

Now that you know the best tips to play Lesley Mobile Legends, you should certainly give it a go right now.