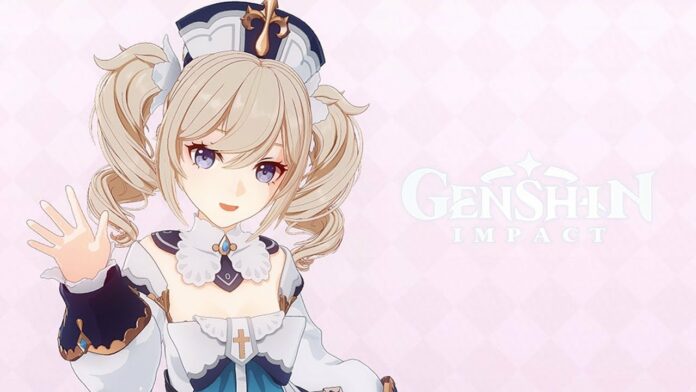 Everyone who has played Genshin Impact before must’ve known Barbara. Since you can get her for free, Barbara is one of the most popular characters in this game. This 4-star Hydro character may not have powerful attack power. But, you should never underestimate Barbara’s healing ability.

In this article, we will take a look into Barbara Genshin Impact. In addition, we have also compiled guides that you can follow to build this healer into the most prominent character in your team. So, without further ado, here’s the complete guide on Barbara from Genshin Impact. 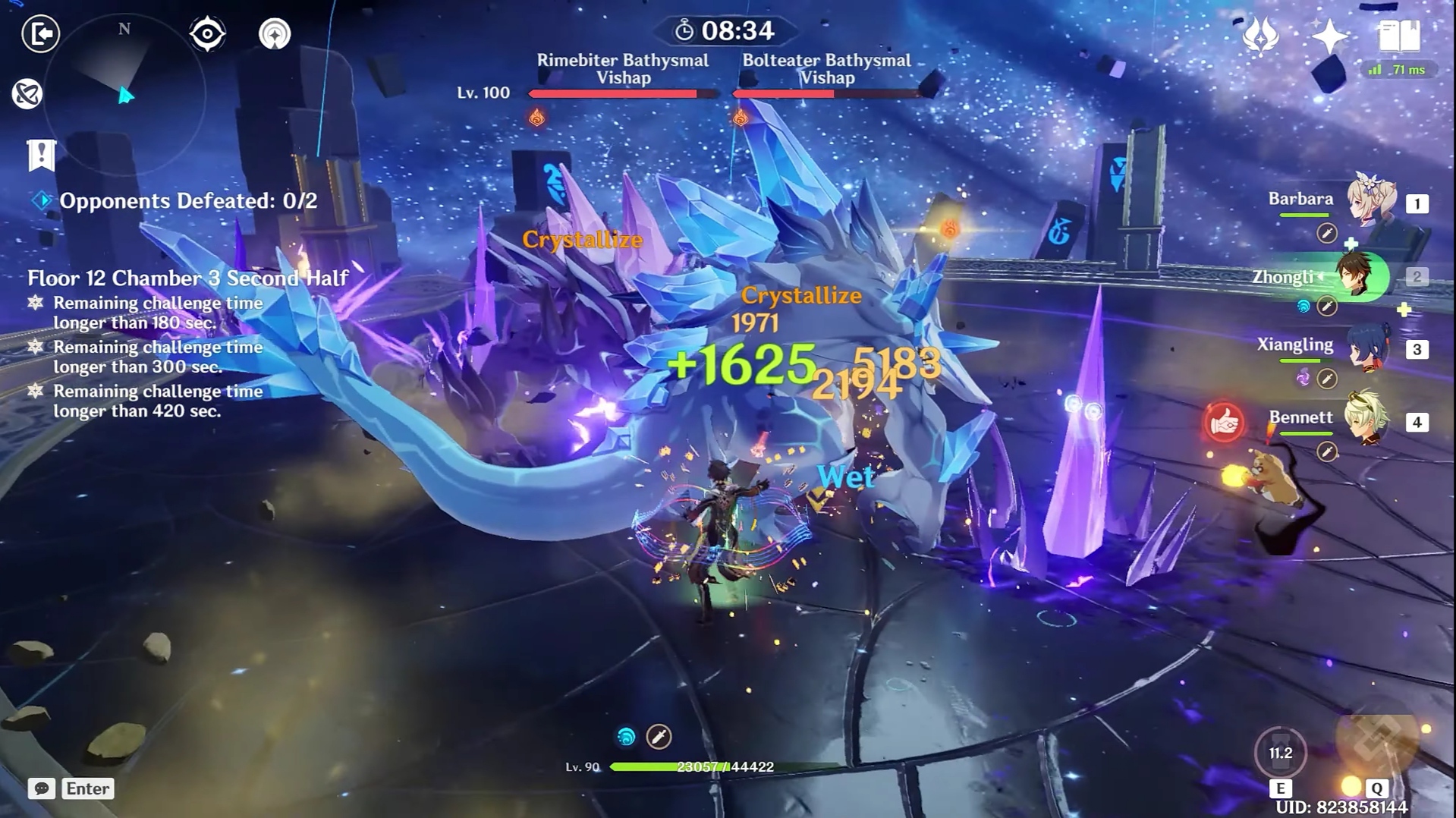 The self-proclaimed idol Barbara is one of the free characters you can get once you’ve reached Adventure level 20. As previously mentioned, the Deaconess in the Church of Favonius is really good at healing. So, building Barbara to maximize her attack point will be a time waste. 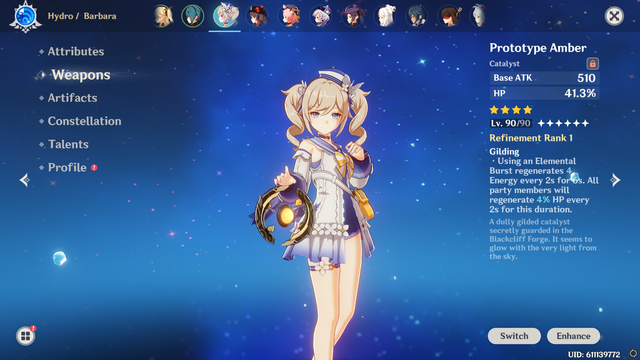 First off, let’s start with the weapon build. It is essential to pick weapons that can boost Barbara’s healing ability. Therefore, we highly recommend equipping Barbara with:

By using this weapon, you can use Elemental Burst more often. In addition, you can also have additional heal, which makes the team healing exponentially effective.

Thrilling Tales of Dragon Slayers is almost similar to Prototype Amber Genshin Impact. However, since this weapon is a B3 weapon, you can only have 35.2% HP substat at level 90. Despite the low substat, Thrilling Tales has a passive effect that can give a 48% ATK buff (R5) for 10 seconds when changing characters. This is very useful to increase the damage point of Main DPS characters. 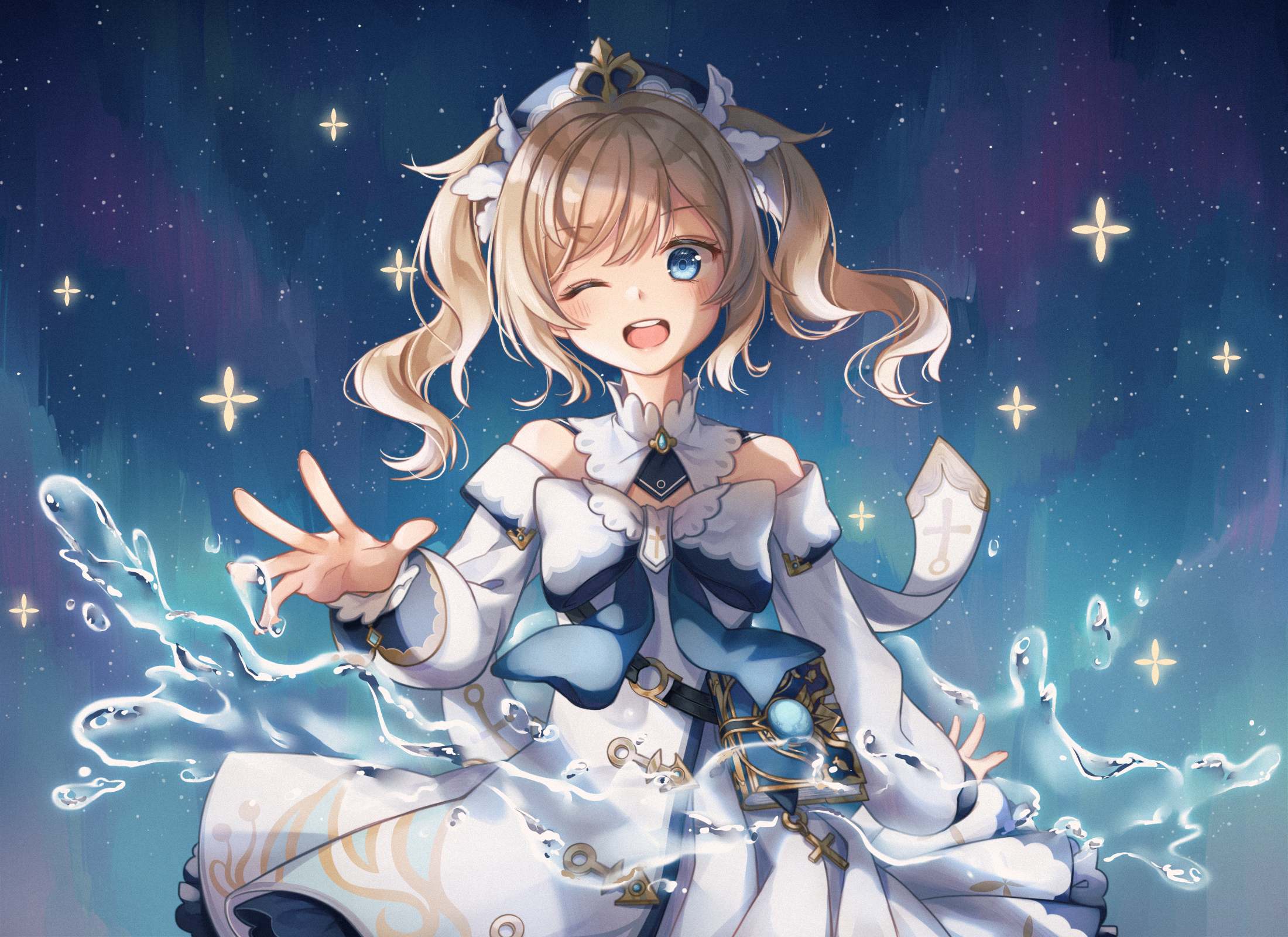 The previous rules also apply to Artifacts build. The goal of this build is to maximize Barbara’s potential as a healer while also adding additional abilities. So, here are the most effective artifact builds to boost Barbara’s healing ability.

4 Piece of Maiden beloved: Increases healing received by all party members by 20% for 10 seconds every time Barbara Genshin Impact uses an Elemental Skill or Elemental Burst.

This artifact build will work if you sought to fully use Barbara as a healer. Just stack four of these artifacts and Barbara’s healing ability will be even greater.

4 pieces of Ocean-Hued Clam: The total healing point received by your party will be accumulated into a bubble. After three seconds, the bubble will explode, dealing with Physical DMG, which is calculated from 90% of the generated heal.

If you wanted to try something new, you could equip Barbara with a set of four Ocean-Hued Clams. With Barbara’s large healing point, you can convert it to deal a massive blow to the enemy. 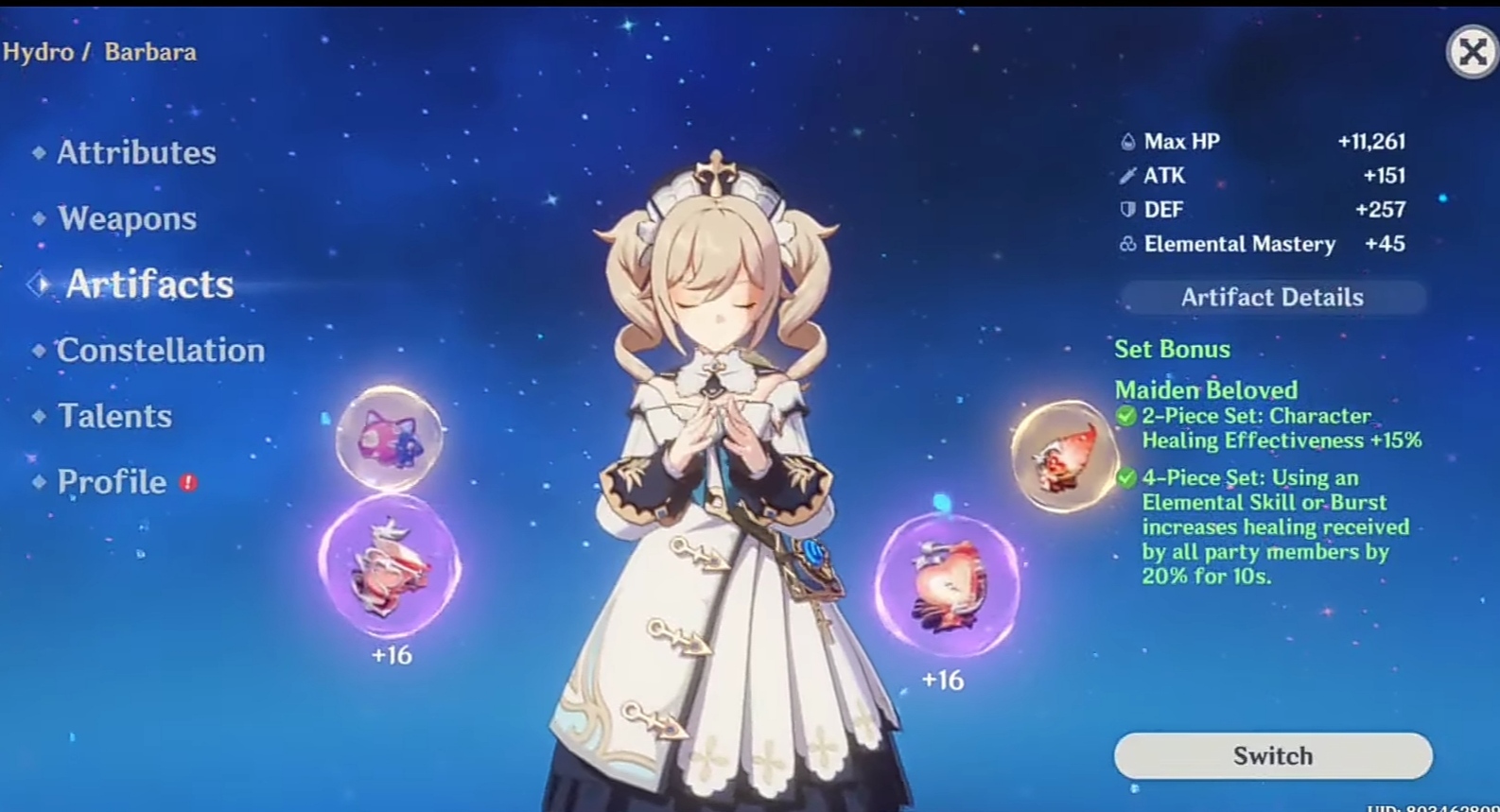 Playing the game as a F2P player means that you won’t easily find the complete artifact sets. Therefore, you can combine a set of two Maiden Beloved and a set of two Ocean-Hued Clams. As a result, you can boost Barbara’s healing ability even greater.

How to use Barbara Genshin Impact

In terms of how to use Barbara, it is important to remember that you have focused on her build to be a healer. On top of that, she is also a character with the hydro element. Therefore, you have to use Barbara with the right team.

For the best team lineup, we highly recommend you use Hu Tao, Xiangling, and Xingqiu. If you don’t have Hu Tao or Xingqiu, you swap the former with Diluc and the latter with Bennett.

So, those are the best Barbara Genshin Impact build guides that you can adapt to your gameplay. To sum up, Barbara is very good at healing. Therefore, your weapon and artifacts build should aim to maximize her healing ability.

However, it is important to note that those guides should only be used as a rough reference. So, be sure to add pepper and salt to find the best build for Barbara Genshin Impact.