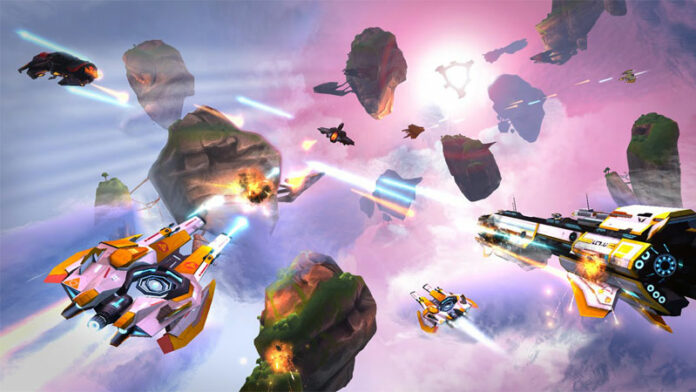 Can you imagine playing a virtual reality game on an Android device? Nowadays, you can play vr games Android. It is a good option for those who want to feel the sensation of playing a Virtual Reality game.

Interestingly, there are so many Virtual Reality games on Android you can download and play. Here, we have some of them.

If you love to play puzzle games and are curious about VR technology, you can download Mekorama VR on your Android device. You are about to guide a robot known as B to move rocks. So, what is the challenge in this game?

The challenge is the difficulty level. The higher your progress, the harder the tasks you have to solve. The highest goal of this game is to help B to find its way home. That’s why this game is so attractive and addictive to play.

Imagine that you have to finish up to 50 levels and thousands more when playing it online. The developer also supports this game with a built-in QR code scanner. You can search for any crucial information by scanning the QR code.

Indeed, Mekorama VR doesn’t use the latest Virtual Reality technology and features, but it is good enough to play if you are curious about VR. The game by Martin Magni has been downloaded by over 5 thousand people. The latest version of this game consists of improved Bluetooth audio, Slam Dunk level, and special thanks.

Do you want to play the best VR game for Android? If so, Gunjack 2: End of Shift is the answer. You have to be a space mercenary. Your job is to protect a mining platform from potential thieves. Most players were amazed by the interface and graphics of this game.

The interface is in a ship with an impressive look. This interface strengthens the Virtual Reality device. The controller seems to be a bit difficult to use, but you will get used to it after a few trials. This game is developed by CCP Games and has been downloaded by over 10 thousand. You are about to feel the sensation of playing the best-selling VR shooter game on Android.

Anshar Wars 2 is also one of vr games Android with a space interface. The difference between Gunjack and Anshar War is in the fighting. You are about to use a ship to fight against other ships. Players were amazed by the detailed and attractive look.

It looks so amazing as virtual reality for Android. The drawback is the controller system. Imagine if you have to control the camera only with your vision during the battle. That’s why some players suggest first-time players play this game with a normal controller.

They even say that this tip may save your neck. The latest version consists of 4 multiplayer maps, VoIP, gamepad turn for 180-gameplay, and others. This game provides a variety of spacecraft, including the Ansharian Fighter, Bomber, and EMP.

Use the ships to accomplish 13 large missions. You will have the experience to explore planets, asteroids, and many more using a Gear VR 360 degrees and Android devices.

Land’s End is also one of the best VR games you can play on your Android device. This game is developed by the same developer that produced Monument Valley. Monument Valley is one of the most successful mobile games.

Indeed, you can imagine the developer developing Land’s End. You are about to wake up in an ancient civilization. Your job is to help them to solve a variety of puzzles.

The best part is that you don’t need to use any additional controller only to play this game. 62 percent gave 5 stars to this game. Most players explain that this game is so beautiful, tranquil, and mysterious. Wands VR game for Android is great for those who want to play a game with a simple premise. In this game, you are about to feel London in the 19th century. At this time, magic exists and you also have some powerful spells.

Use the spells you have to fight against other players around the world. The controller is a bit difficult to use at first. It is better to try the controls a few times before fighting against other people in the universe.

Augmented Empire is another fascinating VR game for Android. This game is perfect for those who love to play tactical RPG games. The difference is in the interface and graphics. Remember! You are about to play a Virtual Reality game on your Android device.

Indeed, you will get a different sensation, although you are playing this game on Android devices. The interface is not the only thing that makes this game so interesting to play but also the story. This game uses several characters you can control. It seems hard to leave this game because of the detailed visuals and excellent dub.

The explanation above shows that accessing VR games is easy right now. You can even only use an Android device to play a variety of VR-based games. Pick one of the vr games Android above and feel the difference between playing ordinary and VR games on an Android.